Last week my watch began running fast.  Now, the automatic movements Seiko stamped out since the 60’s aren’t exactly COSC certified but gaining 2-3 minutes per hour is hardly ideal.  So I took it to the (((Russian guy))) on Indian School, who will fix anything including things that will get him sued by people in Switzerland.  He agreed it was running way to fast but admitted his going rate was now $300 which he would charge had I brought in an Omega.  Not happening.  So after several hours of perusing Reddit where half the posters said have a professional regulate it and the other said to set it facedown on a paperback book and smack the shit out of it.  Finally, I found one that explained the hairspring tends to get hung up if it gets knocked around, just make sure it’s spinning properly. So I cracked it open and did that, and tightened this screw.  It is now running fine—just in case anyone else is having a similar issue…

Right, you’re either here for links or hardcore nudity:

The Mexican army fires on a truck full of migrants; they only killed one. Which puts them on par with most street cops.  Probably works out for them since they can get back to their holiday. 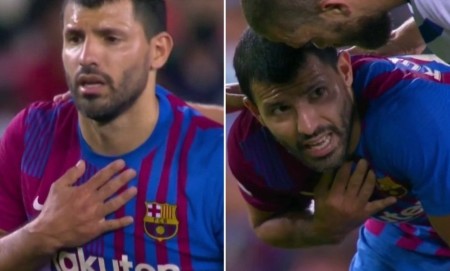 Sergio Kün Agüero, one of the best soccer players in the world, rushed to a Barcelona hospital after clutching his chest like the STFU boomer meme in the middle of a fútbol game.  Had he been kicked in the shin, he’d roll around screaming for a medic.  For the conspiracy minded among us, he is not only vaccinated he promoted  it for 12 year old children.

In other Argentine fútbol related news.

It probably helps that its an island, and the doctors are able to charge $80 per shot to Medicare/Medicaid for 2 minutes of work.

That brings a tune to mind.