My shopping list yesterday was short, but I needed to buy a can of pumpkin.  Yes I’m a godless heretic for buying it in a can, deal with it.  Turns out there was no pumpkin to be found, and I needed some pumpkin.

So I went to the Food City in my neighborhood.  Food City is a local grocer owned by an Uncle Fester looking dude that once ran for governor that doesn’t sell chicken, they sell pollos….there was an entire end cap filled top to bottom with canned pumpkin.  Apparently the Mexicans have no need for pumpkin during the third week of November.

Get a load of the scrambled eggs on this guy!

Isn’t this how a lot of guys wind up joining the army? 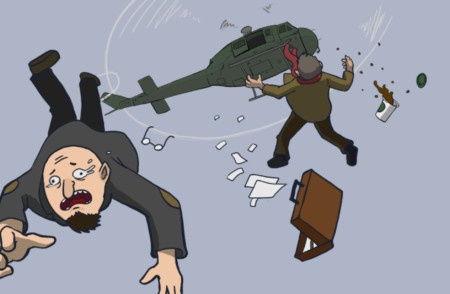 The “far-right” is back in Chile, get the helicopters ready:

In a speech to supporters late Sunday, Kast doubled down on his far right rhetoric, framing the Dec. 19 runoff as a choice between “communism and liberty.” He blasted Boric as a puppet of Chile’s Communist Party — a member of the broad coalition supporting his candidacy — who would pardon “terrorists,” be soft on crime and promote instability in a country that has recently been wracked by protests laying bare deep social divisions.

I would like to know more about his stance on taxes before I endorse.

This guy is turning into a Bond-villian.  I fully endorse.

So…it was a regular police event?

Here’s a tune.  Just think:  We’re only a week away from telling people to eat shit over saying “Merry Christmas”!