A Republic, If You Can Keep It. Part 1

Now the truly bold will argue that the Republic died in Philadelphia in the summer of 1787; an unrequited love for the Articles of Confederation is leading astray those who would make this argument, as Franklin was pronouncing on the newly proposed government, not the unlamented and ineffectual Congress of the Confederation that preceded it and necessitated the convention just concluded.  Nor was Franklin an unabashed supporter – he was indeed, quite equivocal about the merits of the proposed charter.

In these sentiments, Sir, I agree to this Constitution with all its faults, if they are such; because I think a general Government necessary for us, and there is no form of Government but what may be a blessing to the people if well administered, and believe farther that this is likely to be well administered for a course of years, and can only end in Despotism, as other forms have done before it, when the people shall become so corrupted as to need despotic Government, being incapable of any other. I doubt too whether any other Convention we can obtain, may be able to make a better Constitution. For when you assemble a number of men to have the advantage of their joint wisdom, you inevitably assemble with those men, all their prejudices, their passions, their errors of opinion, their local interests, and their selfish views. From such an assembly can a perfect production be expected?

Given that last sentence, I challenge anyone to argue that a better form of government is ever likely to be conceived.  For if you deem it possible, then you must assume a conference of angels and not men will write it and carry it into operation.  Franklin’s entire speech is at the above link and is well worth your consideration.

The Federalist contention might be something like the Democrats current conceit about democracy, that the Republic was over either with Jefferson’s ascension to the presidency or with the territorial expansion – under questionable Constitutional legitimacy – of the Louisiana Purchase; in short, concurrent with the decline and fall of the Federalist party.  It was after all the Federalist Northeast that first openly talked of secession, most seriously in opposition to “Mr. Madison’s war.”  The petition they had prepared to send to Congress was mooted by the end of the War of 1812.  The defenders of the Lost Cause would do well to remember that though the South did secede, they didn’t originate the idea; it wouldn’t be bad for unrepentant Unionists to ponder that as well.  All that said, there is a case that can be made that westward expansion broke the original concept of the republic, but that’s a pretty narrow argument.  After all, the Roman Republic was not limited to the original territory of the Latin league, but expanded during it’s entire existence.

Which of course leads us to the unpleasantness between those states that wished to leave the union and those who wished to preserve the status quo.  There are those, fairly numerous in these precincts it seems, who have the enmity for Lincoln to match (in total intensity) the praises sung in his name by the greater number of folks in the country.  We have of course the ebb and flow of historical opinion, from the days when he was held in low regard to the days he tops the charts of presidential greatness (whatever that is supposed to represent).  I will note here that the Articles of Confederation (sometimes held in veneration to offset the loathing of Lincoln by the same set of people) declared the confederation to exist in perpetuity.  There was no escape clause written in, so the lack of one in the Constitution shouldn’t really be deemed a defect, even if it seems to introduce some ambiguity in the matter.  I am of the opinion that the republic did not die in the conflict, nor in the amendments adopted in the aftermath.  The untenable conflict built into the union in the compromises of the Constitution on slavery, and the expansion of the country, was resolved once and for all – as a Constitutional matter.  The flaw of democratic government would allow legal discrimination to flourish for many more years, but no person would ever again be the property of another.  If something was lost, something equal or greater was gained.

The limits on our federal government were loosened greatly in the Progressive Era.  It is Progressivism that introduces conflicts only slightly less intractable than the 3/5ths compromise.  It was Progressive belief in expertise that started the transformation to policy making within the bureaucracies of the Executive and delegation of that aspect of law-making from Congress.  The civil service reforms that preceded the Progressives established the permanent bureaucracy (as opposed to the spoils to the victor that had it’s flaws, but did offer a clean slate every few years).  The return to the Hamiltonian belief in a central bank is a curious twist in American partisan history.  The two great reforms (in terms of amending the Constitution) were both regrettable – popular election of senators and the income tax.  Unfortunately, only the folly of Prohibition was obvious enough to people over time to reverse the error.  The two presidential handmaidens of Progressivism, Teddy Roosevelt and Woodrow Wilson, pushed the arrogation of power to the federal level at the expense of the states and the presidency at the expense of Congress.  You can’t say the Republic was near death, but the deterioration in its health is obvious enough.

Two world wars and a pocketful of dreams.  How the world changes, for we plunged into a European war on the basis that one combatant should dare to interrupt our sales to the other.  Lest we forget, the people were stirred into a war frenzy by the mass media of the day – and the titans of newsprint were all quite proud of that.  Modern mass and social media works the same, just a little faster.  The Espionage Act may have been tolerable as a wartime measure, but you’ll note that it was never repealed (and it very quietly asserted the seed of a general police power).  Though conscription was not technically novel, it had been a state issue, not a federal one, during the Civil War.  There is no Constitutional connection upholding conscription to be found, instead, it was upheld based on a set of PA Supreme Court decisions (which could at least lean on the police power) and the fact that other countries do it, as set against the text of the 13th Amendment.  Just when you think our current court is a disaster, you need only dig through some mind-boggling decisions of earlier versions of the institution to see that it is the same as it ever was.  Really, every aspect of American involvement in WWI is a study in decisions taken in leisure, not of a nation in extremis.  Normalcy, to a degree, did return after the war, and with the transition of Wilson to Harding and then to Coolidge.  The country refused the Wilsonian League of Nations, reverting to the non-entanglement that was our historical norm.  But Wilsonianism had captured the elite imagination and would not be so easily eradicated, taking root in both academia and State bureaucracy.

The first World War set the stage for the re-involvement of America in the global drama, and we wouldn’t get lucky twice. 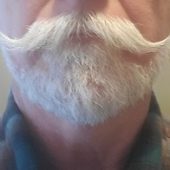 “He has all the virtues I dislike and none of the vices I admire." --Winston Churchill