At the gym on Sunday I asked the manager how long before they would hang the punching bag back up.  They said it was a D-Ring that needed to be replaced and they needed to locate it, and couldn’t tell me when.  So I asked if I brought them one, if they would rehang it.

They were genuinely surprised when I showed up a few hours later with two of them.  I guess nobody really expects people to follow through.

US Ambassador to Mexico tries to get Mexico to side with Ukraine after his Russian counterpart gets a bit cozy.  Maybe a bit too cozy. 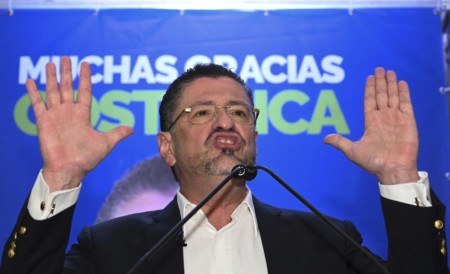 Speaking of Ukraine, apparently there’s a bunch of refugees stuck in Mexico.  I can’t help but wonder if Mexicans are thrilled with being a waypoint for everyone trying to get to the US.

I don’t know who these people were, but they’re dead now.

Need a white pill for today?  Costa Rica elected a conservative economist as their new president. For our sake, hopefully he’s as entertaining as Bukele and Bolsonaro.

Since prison riots are the theme of the day…here’s a tune.