The Adventures of a Man Driving a Truck with 350,000 Miles Part II

It was decision time for my truck. The paint started peeling on the doors and hood. Those parts now matched the roof, so I had that going for me, which is nice. 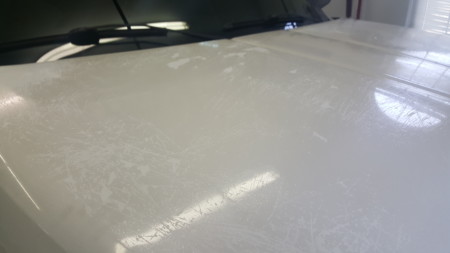 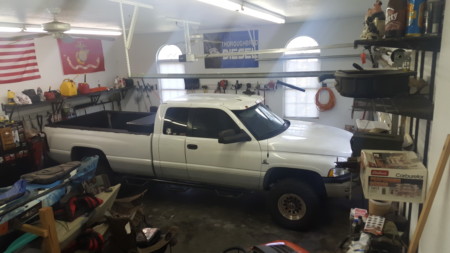 Roof was bad when I got her

Knowing this was coming, I had been saving money. Took the truck to get an estimate and the quote was $8,000. Now I had to decide to paint it or trade in for a newer one.

Pros for keeping her:

She runs and rides perfectly

Newer truck would be a bit of a gamble

Cons for keeping her:

Newer truck would be more reliable

It might not have been 100% logical, but I decided to get her painted. Dropped her off March 21 2021. I was nervous. Told my wife the last time I remember being nervous about anything was when she had gallstone surgery. She told me she calls my truck “the other wife” for a reason.

It took them four and a half weeks, picked her up on April 15 2021. She looked GOOD! I honestly wasn’t sure what color the silver bottom was because when I bought it, that paint was already destroyed and was three different shades of silver in splotches. 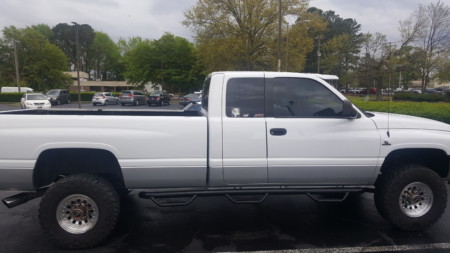 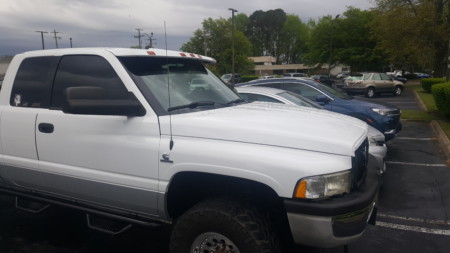 I had pulled the grill, it was cracked with bubbling chrome.

Drove home and put her in the garage. I had a few “minor” projects planned: 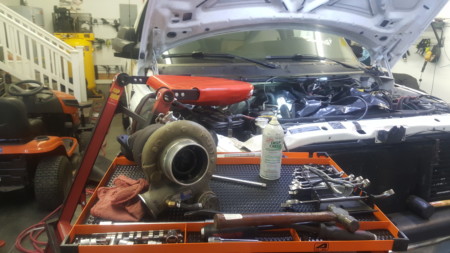 Rebuild the turbo, it had oil leaking past the seals. I also wanted to replace the exhaust manifold.

Hardest part of this was actually removing the turbo from the engine, I did it in two steps. First the turbo and then remove the exhaust manifold from the engine. I got the rebuild parts from Turbo Labs of America and followed their YouTube instructions. Took my time and everything went back together like it should. I also put a new waste gate on, sometimes the old one felt like it was staying open and not spooling up the turbo properly. The new exhaust came from Power Driven Diesel(PDD), it is a three piece and flows better than stock. 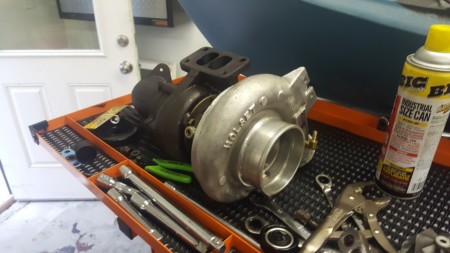 Replace the inter cooler boots, I had a boost leak.

This was pretty straight forward also, except I didn’t take good pictures of the line routing, so I had to do a little trial and error and while I had them off, I wanted to put a better flowing intake elbow on.

Replace the tappet cover, it had a pretty substantial oil leak.

This is pretty involved, you have to remove all the hard fuel lines, they come out in two bundles and then you have to pull the VP44 injection pump. To do this rotate the engine until the keyway is pointing straight up so it doesn’t fall out. Then push it out of the gear with a puller and remove. After that the tappet cover is accessible for remove and replace. I went with a billet one from PDD because the stock one is very thin and I have heard of way too many people redoing it because the stock one won’t seal anymore after removal. 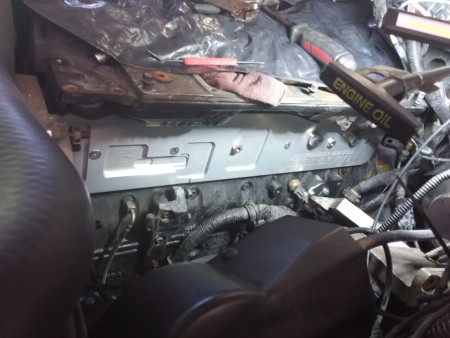 Reseal the vacuum pump, it also had a leak. (notice a theme?)

I used a suction pump to empty the power steering reservoir(it’s attached to the vacuum pump), then unhook all the power steering hoses. There is one bolt holding it to a bracket on the frame and two bolts going into the timing cover. While the intake elbow is off, it fits right up past the engine. Then tear down and rebuild is pretty simple. Thoroughbred Diesel has a good tutorial on YouTube. 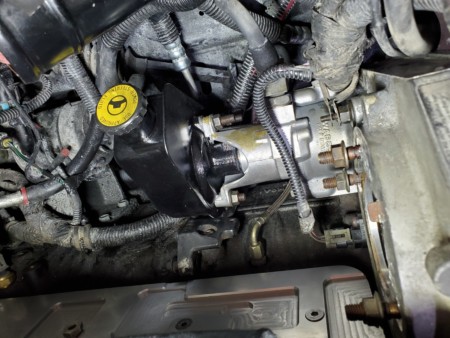 I bought PDD headbolts that are supposed to be able to support 500hp.

First you have to remove all of the rockers from the valves. They need to be put back into the same place they came from so I laid a garbage bag on the floor and laid them out in order. Then I started replacing the bolts. There are 26 of them and there is a pattern to follow. It starts in the middle and works its way out from front to back. Remove a bolt , clean the hole with brake cleaner and compressed air. Get the new bolt ready with ARP lube on the threads and washer, then thread it in and torque it down to 125 ft-lbs. Everything was going fine until I got to the 10th one. 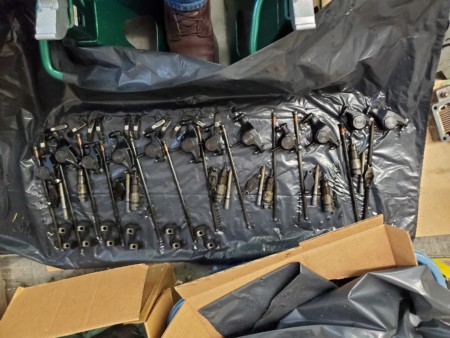 I was getting close to 125 when I heard a loud CRACK! Then the bolt would tighten and spin loose. I tried another bolt and got the same result. This was on a Saturday evening so I had to wait for Monday to call customer service. When I talked to their engine builder, he said “That’s rare, but it happens”. He told me a HeliCoil would fix it, but to do that I would have to pull the head.

I had never pulled the head on a vehicle before, that sounded scary. I read a few write ups on forums and watched a few YouTube videos. I also read the FSM (Factory Service Manual). Nothing looked beyond my abilities, so I decided to go for it.

Part III will cover the head removal and everything it took to get her back on the road. 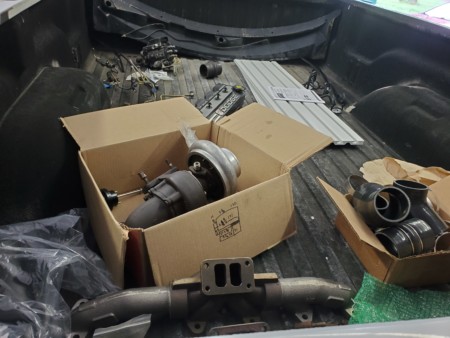 More parts in the bed than under the hood 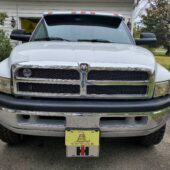