The War on Cars and Freedom of Movement 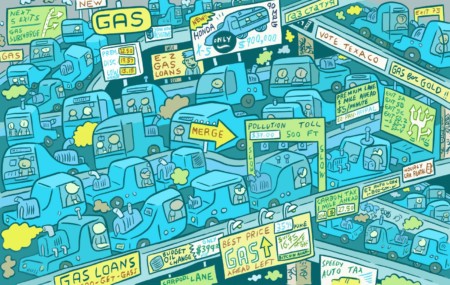 There is an ongoing war against private transportation. This  is being openly prosecuted on several fronts by special interest groups working at various purposes, but the place where the interests of these groups intersect is the banning of private ownership of vehicles for the average person. The foot soldiers of these groups are not aware that this is the ultimate end-goal of the strategies they embrace, but the forces of totalitarianism are expert at duping people using high-sounding motives to enact their plans.

Vision Zero is the most visible face of the safety front of this war. “Vision Zero is a strategy to eliminate all traffic fatalities and severe injuries, while increasing safe, healthy, equitable mobility for all.” Anyone who has a goal of zero risk is willing to trample your rights to get there; the COVID lockdowns in Shanghai provide an excellent example. Vision Zero explicitly reject individual responsibility in favor of what they call a “systems approach,” ie central planning and revocation of individual rights.

There are also countless local community groups who share some or all of the goals of Vision Zero, even if they are unaware of the larger organization. These are the people who eliminate parking spaces in favor of bike lanes and dedicated bus lanes. They also love the phrase “road diet” which means shutting down travel lanes of existing roads allegedly to prevent speeding; in reality this merely increases motorist anger and causes people to unsafely pass on urban streets and roads. When they use bullshit, dishonest phrases like “road diet,” instead of the more honest “lane closure,” you can be assured that they are up to no good.

The second major front of the war is the League of Conservation Voters, and allied groups with the shared goal of stopping or slowing alleged human-caused climate change. They want to completely phase out fossil fuels and mandate electric cars. Unfortunately, it turns out that current global lithium production can’t supply all the batteries those electric cars would need. And this doesn’t even address the problems with generating capacity, the electrical grid, and availability of charging stations.

These climate warrior groups have recently gone into full Alinsky overdrive due to the Russia-Ukraine war, attempting to lever that crisis to remake our economy and transportation system. LCV also opposes nuclear power so in effect they are a lobby for the wind and solar power industries.

The Obama administration’s “Cash for Clunkers” program is an object lesson in what happens when these people enact feel-good policies, while ignoring economics. Cash for clunkers was supposed to incentivize poor people to get rid of their older, fuel-inefficient vehicles, by buying those cars at above-market value. The stated goal was that the incentivized would replace those vehicles with more modern, fuel-efficient vehicles. The actual effect was to leave those poor people with no cars at all since the buyback created a surge in demand for newer used vehicles which the market was unable to fulfill.

Therefore, any attempt to buy back internal combustion vehicles to promote the purchase of electrical vehicles may, at very best, be viewed with suspicion. The predictable outcome, based on past progressive actions, is forcing another rung of poor people out of car ownership and into the ranks of those who must use car services (Uber, Lyft, etc), or rely on public transportation.

Collectivists always a push away from ownership, and towards “shared services,” and “systemic solutions.” Why, after all, does that suburban family need a personally-owned vehicle 24×7 when it is statistically never used 10 PM – 6 AM? Why should not that vehicle be leased and shared? Efficiency! System! Mutuality! 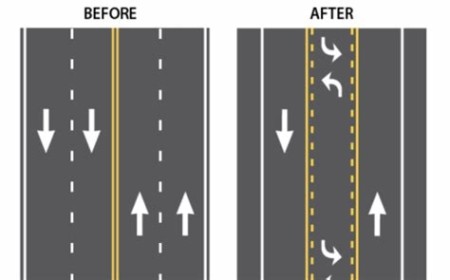 But the reality is that suburban families want their own vehicles, and want them there in their driveways and garages at the appointed hour. They don’t want to deal with a vehicle which has been used overnight by one or more unknown persons, and deal with possible crabs, incontinence, poor hygiene, food residue, perfume decisions, etc, of those people. People have different lifestyles and don’t respect what they don’t own. Therefore, the switch to shared vehicles will be smuggled in under the promise of electric vehicles for all, but when the supply of electric vehicles fails to keep up with demand they will be told that the shortage is only temporary, and necessary because of Gaia and Russia.

There is a third faction, fighting the war less openly – the national security state. Reducing the number of personally-owned vehicles serves the purpose of limiting and controlling movement. Passengers on public transportation are subject to illegal TSA searches. If you have to go through a security checkpoint, the national security state knows who you are and where you’re going. Useful information if you are concerned about people skeptical of government power who may seek to gather in person knowing that electronic communications are compromised and monitored.

Lastly, the national security state would also benefit from eliminating “civilian” access to gasoline. Fire is a weapon of last resort and is remarkably effective at overcoming body armor and, given enough time, can toast the occupants of an armored vehicle particularly if that vehicle is trapped in a blind alley by the rubble from a recently-collapsed wall.

It is pointless to speculate whether these various groups are somehow coordinating their actions, and whether there is a unified command structure. Even if there is, the foot soldiers in this war, the safety moms and Gaia cultists, are unaware of such and will use any excuse to denigrate their opponents as paranoiacs.

If the Democrats do well in national elections in 2022, expect Cash for Clunkers, Part Two – Electric Vehicle Boogaloo. Also, war on fossil fuels by any means available. If the Democrats suffer an electoral upset this fall, as seems likely, expect them to redouble local efforts to make cities even more hostile to cars.