This band was the soundtrack to my boyhood. 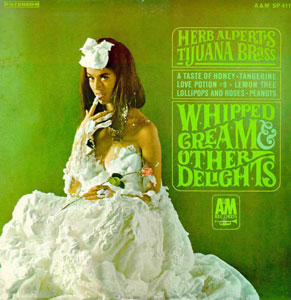 TRUMP ALSO RESPONSIBLE FOR EARTHQUAKES, METEORS, SOLAR FLARES: Continuing proof that The View is still a cesspool of hysteria and TDS.

FIRST AMENDMENT TROLL GROUP BEDEVILS BOSTON CITY GOVERNMENT: The Satanic Temple, who act as a private equal-protection enforcement arm for the First Amendment, are at it again.

THE MASQUE OF THE RED COOF: A number of individuals who attended the White House Correspondents’ Association (WHCA) dinner Saturday evening are already testing positive for COVID-19. The WHCA used to be a serious annual event for the working press, ink-stain’d wretches who reeked of cheap cigars and rye whiskey, but has now morphed into a media circus attended by celebrities. (h/t to BrettL for the link and lede)

SURELY A UNIVERSAL THIRTY-HOUR WORKWEEK AND LIVING WAGE WILL FIX THIS: Worker productivity down, labor costs up, jobless claims increase. We are so screwed.

THE LAW REMAINS AN ASS: Car owner who left Jeep at dealership gets sued after worker dies during oil change.

SNAKE HANDLING, NOT JUST FOR WEST VIRGINIANS ANYMORE: This bizarre practice is now established in Bolivia.

PERSONAL COMMENTARY: We’re seeing a lot of “if it were really about saving babies you’d give us free shit before, during and after pregnancy” rhetoric from the left. These statements all carry the stink of “pay up, or the fetus gets it,” exactly the sort of sociopathy you’d expect from those people.