A Glibertarians Exclusive – Too Many Goodbyes IV

A Glibertarians Exclusive – Too Many Goodbyes IV

With a few moments to herself, the first free moments she had enjoyed since starting her shift six hours before, Sally Neal found a window overlooking Oakland.  She smiled to herself.  This time tomorrow I’ll be Sally Braxton. 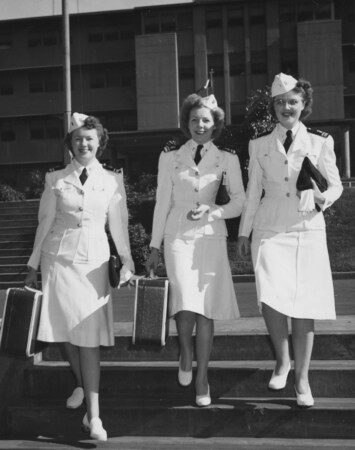 The Oak Knoll Navy Hospital was an enormous facility, built to handle the seemingly endless flow of wounded soldiers, sailors, and Marines from the Pacific war.  Sally had been ordered there from the Charity, after her service on the hospital ship prepared her to take over as a ward nurse in the sprawling complex in April.  The hospital commander assured her promotion to Lieutenant Commander was forthcoming.

But the best news had been a week prior, when the light cruiser Chippewa Falls had docked at the San Francisco Navy Yard.  The cruiser had taken some damage from a kamikaze attack – Tom was unhurt – and had been sent to Frisco for repairs.  A wire from Pearl Harbor had let her know the ship was on the way, and in the week since the cruiser had docked, she and Tom had managed to get the required procedures and paperwork prepared in order for a wedding.  The hospitals’ Chaplain, glad to preside over a happy event for a change, had readily agreed to conduct the ceremony in the hospital chapel.

And then there was Tom’s promotion.  He was now Commander Thomas Braxton.

She looked out towards the Bay, towards the Navy base.  Tom was out there somewhere.  And tomorrow…

Someone back in the ward called her name.  The rest of her shift beckoned; she remembered something her father had been fond of saying: “Work comes first.”  She hurried to find out what the latest crisis was.

The next few days passed as though running before a typhoon.  The wedding itself was a modest affair, with the CO of the Chippewa Falls standing up as Tom’s best man.  Sally’s sister Edith had spent four days on trains to arrive from New Bedford to do duty as her maid of honor.  Sally was floating on a cloud of joy when they finally stood in the hospital chapel, hearing Tom say, “I do.”  Behind him, the Chippewa Falls’ Captain grinned widely.  Sally’s sister Edith sniffed and wiped her eyes.  On the word from the chaplain, Tom kissed Sally thoroughly to cheers from the tiny congregation.

Tom had managed to wangle a week’s leave, and more amazingly, had managed to find them a modest hotel room in a little place in San Jose.  He borrowed an old 1931 Hudson Eight from a shipmate who had family in Frisco, and after accepting the congratulations of attendees, they borrowed a couple of empty hospital rooms to change into civvies for the ride to San Jose.  Sally worried for a moment when she saw the pile of maps on the front seat, but Tom reassured her, “Oh, don’t worry.  I talked with Pete, who loaned us the car, and I looked at the maps.  I know the way to San Jose.”  He grinned at the unintentional play on words.

Sally sat in the middle of the Hudson’s capacious front seat all the way, enjoying the feel of Tom’s arm around her.

Finally, she thought, things are working out.  The war’s almost over.  We’re married, at last.  No more delays, no more waiting.

The honeymoon week went by quickly.

During the days, they walked for miles through the hills surrounding San Jose.  During the nights… they did the things that honeymoons were made for.

“It’s funny,” Tom said one afternoon.  They had driven the borrowed Hudson up into the hills and were walking along a ridgeline overlooking the town.  “It’s so dry here.  My grandparents had a farm in Ohio, down around Zanesville.  You wouldn’t believe the springtime there, all the hills covered with wildflowers.  Birds singing, frogs calling, crickets chirping.  At night the whippoorwills called for hours.  People talk a lot about California, but this place seems pretty poor compared to where I grew up.”

“I know what you mean.  What they call a river here isn’t much compared to the rivers back east.”

The hotel room window was open.  Outside, the town of San Jose was quiet.  She looked at the clock on the bedside table.  “Three in the morning,” she said softly to herself.  Beside her, Tom – her husband – slept on, his breathing slow and steady and somehow reassuring.  Sally was still getting used to sleeping with someone else in the bed and was surprised at how much warmth Tom put off.  That will be nice if we ever live somewhere with a winter.

She remembered Paul Murphy, a boy she had dated in high school.  He sure had an Irish temper, she remembered, always one fight after another.  His temper had never been aimed at Sally; his upbringing had been too strict on that score for him to ever contemplate hitting a girl.  But she tired quickly of his belligerence towards male classmates.

Then there was Ryan Johnsen, who seemed to want to do everything in life except work.  It had taken Sally only a couple of weeks and several pointed comments from her father to realize that the boy was shiftless.

Every boy I ever went with was no good in one way or another, she remembered.  Until I met Tom.  Could be that all those times that ended badly just happened to make me appreciate Mr. Right when he came along.

I could stay with Tom forever.  And I will.

“No,” Sally replied.  She smiled.  “Just woolgathering.  And thinking about how much I love you.  We’re going to have a long, happy life together.”

“Damn right,” Tom said, taking her in his arms.

On the last day, Tom received new orders.  Even at their honeymoon quarters, the Navy had no trouble finding Tom, as they discovered when a yeoman knocked on the hotel room door as the new couple were having an in-room dinner. 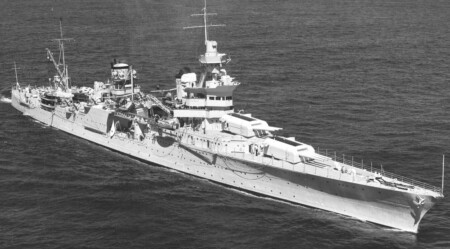 Tom examined the message form.  “It looks like my time on the Chippewa Falls is over, hon.  I’m to report aboard another ship, over at Hunter’s Point,” he told Sally.  “A heavy cruiser.  I’ll be in charge of damage control, so I’ll be down in the bowels of the ship instead of on the bridge, but it’s a good move.  The war’s sure to be over soon, and there will be a lot of scrambling, too many officers screaming for too few slots, so having some broader experience will help.”

“I don’t know if I like the sound of that,” Sally said.  “If something does happen, you’ll be down in Damage Control?  What if you take a hit and the ship goes down?”

Tom hugged her.  “Don’t worry, hon.  The Krauts tossed in the sponge, and the Japs are all but finished.  This thing’s going to be over by Christmas.  They just don’t have much left to fight with.  I’ll be fine.”

Sally sniffed.  “I hope you’re right.  When do you have to report aboard?”

“No later than the fifteenth.  That’s the day after tomorrow.  The ship has been ordered back out to sea, to do what, I don’t know yet.”

“All right.”  She thought for a moment.  “Just married, and another long, lonely stretch ahead – that seems to be our story, doesn’t it?”  She wiped away a tear.  “You haven’t told me yet what the ship is.”

“Oh.  I thought I mentioned it.  It’s the Indianapolis.”

***
Flowers on the hillside blooming crazy
Crickets talking back and forth in rhyme
Blue river running slow and lazy
I could stay with you forever
And never realize the time.

Situations have ended sad
Relationship have all been bad
Mine’ve been like Verlaine’s and Rimbaud
But there’s no way I can compare
All those scenes to this affair
You’re gonna make me lonesome when you go.