I knew I shouldn’t have clicked on that video on my YouTube feed, but how can I resist when the channel has that logo?  I was never into Glocks, being a dinosaur 1911 shooter, but I have handled one of those custom ZEV pistols.  While it was nice I didn’t think it worth the price.  Suddenly I am going down a rabbit hole wondering when these guys are going to make a Gucci Glock clone for around $1000…in 45. For some reason I like the XR.

I have a bunch of .45 stocked up already, I don’t want to start stockpiling another caliber after the pain in the ass it was to stock up on .38/.357 last year.

Anyways…you’re here for the links not my window shopping.

On this side of the wall 46 migrants were found dead in a tractor-trailer outside San Antonio.

Its not all bad news, Heineken outsources their production to Mexico. 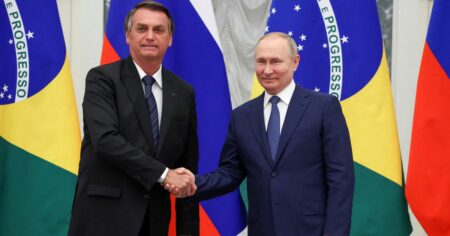 Brazillian Trump cozies up to Putin.

As far as I can tell, no animals were harmed in the collapse of the grandstand.

The global reaction to LITERALLY the worst assault on civil liberties, EVER.

Protests in Ecuador lead to their government initiating price controls!  …Meanwhile in Ecuador.

For a tune, how about something different today?