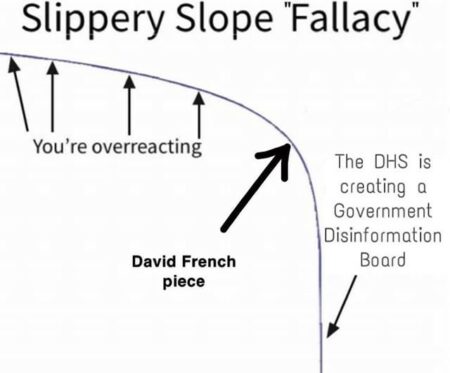 SPACE NEWS: Starlink allowed to resume operations in France; luddite watermelons unhappy. NASA’s Lunar Flashlight mission rescheduled for December, will use lasers to look for water ice in craters near the lunar poles.

COMPASSION UNHINGED: The Robespierres of Lockdownism. A good article from the Brownstone Institute.

VOX SAYS SOMETHING NOT TOTALLY INSANE, THIS ONCE: Stop telling kids that climate change will destroy their world. But we suspect they are only doing this because they need the kids to stay active in politics. The left’s pushing climate change hysteria seems to have backfired on them.

ONE STEP AWAY FROM CALLING FOR MANDATORY RE-EDUCATION: Slate opines that “therapy” could help White people work through race issues.

WRONG! Congresswoman Jackie Speier claims to be only member of Congress who is a victim of gun violence. Conveniently forgets about Steve Scalise. Also noteworthy that Speier was shot while a congressional aide; Scalise was shot while in office.

ANOTHER J6 INSURRECTIONIST CAUGHT: FBI arrests Ryan Kelley, Republican candidate for governor of Michigan. While Kelley has not been accused of entering the Capitol building itself on the day of the violent demonstration, court documents feature photos of the Republican on the steps wearing sunglasses and a black baseball cap. Totally not a banana republic move. Also, conveniently timed since the totally unbiased congressional hearings will take place tonight so they can be broadcast live during primetime. Rep Jim Jordan tells committee to fuck right off.