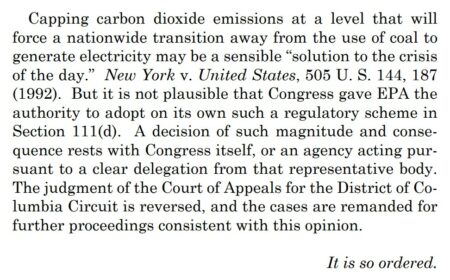 SCOTUS REINS-IN EPA: SCOTUS released the final big decision of the current term today, completing a rare hat-trick of wins for rule of law, originalism, and limited government. The decision in West Virginia v. EPA was written by Roberts, so is cautious and narrow, but sends a clear message to Congress about shrugging off their regulatory authority to unelected bureaucrats. Whatever you do, don’t read Justice Kagan’s (lengthy) dissent where she says Congress can’t know enough to do this on their own. Finally, the court remanded a slew of 2A cases back to the various courts of appeals for them to reconsider in light of Bruen.

MAY-ISSUE STATES RESISTING IMPLEMENTING BRUEN: We knew this was going to happen, but here it is. Many of these restrictions will doubtlessly fall when they are challenged in federal district court, but standing to challenge is hard to get unless one gets convicted for violating the new laws and nobody wants to be that person. Plus, the states and municipalities have effectively unlimited funds (yours) to litigate and appeal, and there is no penalty for government employees who pass, sign, or enforce clearly unconstitutional laws.

I’M A NEW YORK CITY LIBERAL, AND I WANT A GUN: Surprised the NYT published this. The author makes the usual obeisances liberals make when justifying firearm ownership for themselves: she has a protection order against a former partner, she has a rural background and is a responsible person (unlike those yee-haw rednecks), and she supports red flag laws. 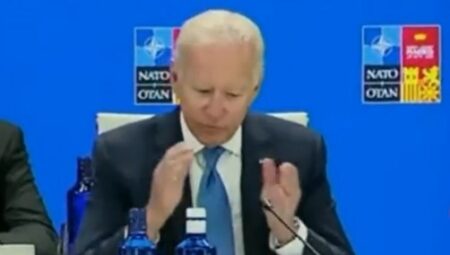 NOW, PULL THE OTHER ONE: Xi Jinping claims that the PRC is a democracy, plans to attend “celebration” of the 25th anniversary of the British handover of Hong Kong to the PRC. Somehow, we doubt that HK natives will be doing more than perfunctory celebration.

AT THE MOUNTAINS OF MADNESS: If you’re experiencing ENB levels of self-hatred, click on this link for Jezebel’s take on the latest SCOTUS decisions. Don’t say we didn’t warn you.