Herein we will review the position of the antifederal writer ‘Federal Farmer’ in the Antifederalist paper #36 and contrast to our current situation. We will see that things have gotten drastically worse as compared to the days of the Antifederalists and explore solutions and expected results.

The Number of Representatives shall not exceed one for every thirty Thousand, but each State shall have at Least one Representative,; and until such enumeration shall be made[author’s note: the census], the State of New Hampshire shall be entitled to chuse three, Massachusetts eight, Rhode-Island and Providence Plantations one, Connecticut five, New-York six, New Jersey four, Pennsylvania eight, Delaware one, Maryland six, Virginia ten, North Carolina five, South Carolina five, and Georgia three.

Today, congress has failed to change the number of representatives in over 100 years. The end result? We now have a ratio of over 760,000 to 1 (331,449,281 to 435). At this ratio the fledgling US would have just 3 representatives in the house (considering the requirement for each state to have 1 would make this 13). Consider also, that some states are even worse (e.g. Montana has one representative, but over a million people). In Anti-federalist #36, the Federal Farmer makes the case that even the representation provided for in the constitution is sorely lacking. He writes:

Should the general government think it politic, as some administration (if not all) probably will, to look for a support in a system of influence, the government will take every occasion to multiply laws, and officers to execute them, considering these as so many necessary props for its own support. Should this system of policy be adopted, taxes more productive than the impost duties will, probably, be wanted to support the government, and to discharge foreign demands, without leaving anything for the domestic creditors. The internal sources of taxation then must be called into operation, and internal tax laws and federal assessors and collectors spread over this immense country. All these circumstances considered, is it wise, prudent, or safe, to vest the powers of laying and collecting internal taxes in the general government, while imperfectly organized and inadequate? And to trust to amending it hereafter, and making it adequate to this purpose? It is not only unsafe but absurd to lodge power in a government before it is fitted to receive it. It is confessed that this power and representation ought to go together. Why give the power first? Why give the power to the few, who, when possessed of it, may have address enough to prevent the increase of representation? Why not keep the power, and, when necessary, amend the constitution, and add to its other parts this power, and a proper increase of representation at the same time? Then men who may want the power will be under strong inducements to let in the people, by their representatives, into the government, to hold their due proportion of this power. If a proper representation be impracticable, then we shall see this power resting in the states, where it at present ought to be, and not inconsiderately given up.

When I recollect how lately congress, conventions, legislatures, and people contended in the cause of liberty, and carefully weighed the importance of taxation, I can scarcely believe we are serious in proposing to vest the powers of laying and collecting internal taxes in a government so imperfectly organized for such purposes. Should the United States be taxed by a house of representatives of two hundred members, which would be about fifteen members for Connecticut, twenty-five for Massachusetts, etc., still the middle and lower classes of people could have no great share, in fact, in taxation. I am aware it is said, that the representation proposed by the new constitution is sufficiently numerous; it may be for many purposes; but to suppose that this branch is sufficiently numerous to guard the rights of the people in the administration of the government, in which the purse and sword is placed, seems to argue that we have forgot what the true meaning of representation is. . . .

In considering the practicability of having a full and equal representation of the people from all parts of the union, not only distances and different opinions, customs and views, common in extensive tracts of country, are to be taken into view, but many differences peculiar to Eastern, Middle, and Southern States. These differences are not so perceivable among the members of congress, and men of general information in the states, as among the men who would properly form the democratic branch. The Eastern states are very democratic, and composed chiefly of moderate freeholders; they have but few rich men and no slaves; the Southern states are composed chiefly of rich planters and slaves; they have but few moderate freeholders, and the prevailing influence in them is generally a dissipated aristocracy. The Middle states partake partly of the Eastern and partly of the Southern character. . . . I have no idea that the interests, feelings, and opinions of three or four millions of people, especially touching internal taxation, can be collected in such a house. In the nature of things, nine times in ten, men of the elevated classes in the community only can be chosen….

I am sensible also, that it is said that congress will not attempt to lay and collect internal taxes; that it is necessary for them to have the power, though it cannot probably be exercised. I admit that it is not probable that any prudent congress will attempt to lay and collect internal taxes, especially direct taxes: but this only proves, that the power would be improperly lodged in congress, and that it might be abused by imprudent and designing men.

The basic thrust is that true representation will not be present in congress as people when forced to choose from among 30,000 or more of their ‘peers’ are highly unlikely to pick someone from amongst the lower or even middling classes. That only the rich and noteworthy will become represented in the congress, and further, that the representation is not sufficient to represent the different cultures and modes of living throughout each state (e.g. rural vs. city). Further, the members of congress will be incentivized to restrict their number to preserve their own power. The intent of representation in congress is of course to have people be heard without violence and to get their buy-in and prevent discontent with the results of government.

No doubt, what the Federal Farmer feared has occurred, most representatives are not so alike their constituents when elected, and after many terms of service, have little in common with anyone else.

Compare the situation then to now and despair. Things are (literally) 25 times worse, and while slavery has been abolished, the country is far more diverse than it was in the early days of the republic. Why is redistricting such a fight? We need to both pack and crack minorities, while of course maintaining the optimal situation for the party in power. This also means large percentages of people are not being well represented, both by virtue of not having an alternative they desire (see the large numbers of nonvoters) but also because they are stuck in districts with dissimilar people, and diverging interests.

Democrats often decry the results of the relatively large number of senators compared to representatives, as they then effect the election of the president. Well, one easy solution is to expand the house of representatives to be more representative. Its current composition leaves those elected elevated too far above the general populace and unable to respond to their constituents.

These defects can be partly mended by increasing the number of representatives back to something like 1 for every 30,000 people. That still seems a fairly large number. I don’t know about you, but I barely know 100 people, and estimates, even on the very, very high-end of Dunbar’s number (the maximum number of people you can maintain a meaningful relationship with) is something like 1500. While this may make the house impractical and unwieldy to have debates and self-govern that more so makes the Federal Farmer’s argument. Such a body which cannot be representative should have no such powers as taxation.

Consider other benefits… when there are 10,875 representatives (the maximum allowed by the constitutional standard), who do you buy off to get a carve out? There are simply too many people, and some of them, might even have a conscience.

So, to recap, the purpose of representative democracy is to give the various components of society the opportunity to effect government policy, prevent dissent and dissatisfaction and, philosophically, to give the assent of the people to the actions governments take. By so severely restricting the membership of the house of representatives, the current congress can no longer represent the people, especially of so diverse and far-flung a country as ours.  Increasing the number of representatives to the maximum allowed by the constitution is the first step in determining if the People can be represented at all. 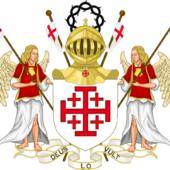