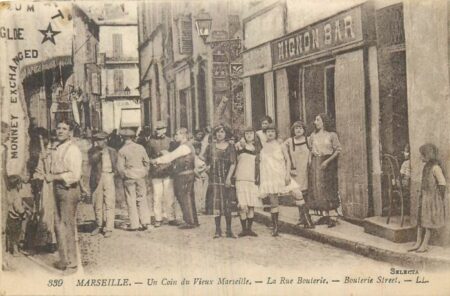 “Charlie was right,” Caleb Pettigrew told the young man who sat across the table.  “I had the Legion.  So, I went on.  We ended up fighting the Chinese in that Indochina mess, but we managed to ‘pacify’ Tonkin, if you’ll accept ‘killing a whole bunch of people’ as ‘pacifying.’”

“They made a desert, and called it peace,” Philip McGraw quoted.

“Something like that.  Anyway, the whole shebang ended up being put together as something called French Indochina, although why France wanted that place is anyone’s guess.”

“So you went back to Algeria, then, after that?”

“For a while.”  Caleb finished off another glass of wine.  He yawned and looked around.  The shadows were growing long.  Time to finish the story.

“Oh, there was more fighting.  In Sudan, in Dahomey, plenty of hot, dusty places.  But most of my job by that point was breaking in the new troops, making sure they didn’t get kilt in their first engagement.  Then, in 1895, the Legion was tasked to go to Madagascar, of all places, and I decided I’d had enough of fighting in God-forsaken hellholes.  I had enough put by to get out and live the rest of my life peaceably, so I did.  Hell,”  he chuckled, “Some of what I had put by even came from my Legion pay.  And, of all the damn things, I decided to stay in France.”

Sargent-Major Tom Jackson – Caleb Pettigrew, to  himself alone – walked across the dusty parade ground with his commander, Colonel Victor Duchenne.

Caleb looked ahead at where his Regiment was gathered – at least, those of the men that had net yet embarked for Madagascar.  “To be honest, sir,” he said, “I was thinking of going to Marseille.  I have not seen a lot of that city, but what I saw, well, it was congenial.  Good food, good wine, good weather.”

“Marseille is a beautiful city, that is true, although I confess to some surprise that you would make Marseille yours.  You are an American, no?  You do not want to go to your home?”

“No, sir, and I have given that a lot of thought.  It’s been a long time since I was in Carolina.  Long time and a lot of water under that bridge.  The Legion offered me French citizenship, and I accepted.  I was born an American, but it hasn’t been my home for a long time.  So, Marseille – and my real name back.”

“Ah – of course, anonymat.  You did not apply to regain your name after a year?  The Legion allows it, as you must know, for those few who are not complete scoundrels and may want their own names.”

“I knew.  Just didn’t seem all that important.  The Legion knew me as Tom Jackson.  Simpler to keep it that way.”

Colonel Duchenne looked at the retiring Sargent-Major.  “And the name to which you will return, if I may ask?”

“Caleb Pettigrew, at your service,” Caleb said, a wistful smile on his face. It was no secret; he had already given that name to the clerks completing his discharge papers.  “Corporal, as was, Army of Northern Virginia.”  It was the first time he had spoken his real name out loud in thirty years; the whole thing sounded strange to him after so long.

They were approaching the review stand.  “Well, then, Monsieur Pettigrew, let us see you officially discharged.”

Normally discharges were handled administratively; the Legionnaire being released was simply handed his discharge papers and sent unceremoniously on his way.  But Sargent-Major Jackson was a special case, made so because of his long service, dedication to the Legion and unquestioned courage in battle.  So, the Regiment Caleb served in was turned out, to stand in the afternoon sun of Sidi Bel Abbès and see the senior man off.  Colonel Duchenne and Caleb stood at the review stand; the Colonel handed Caleb his discharge papers.  Caleb saluted; the Colonel gravely returned the salute.  The officer turned to the Regiment and spoke:

“Men of the Legion!  One of our own leaves us today, to spend the balance of his life in peace.  Let us congratulate Sargent-Major Jackson, thank him for his long and faithful service, for his long membership in the brotherhood of the Legion, and wish him well in his new life.  Sergant-Major.”  The officer stepped back, indicated the assembled men.  “Would you care to say a few words?”

Caleb knew he was expected to say something.  He had spent the previous night trying to think of what to tell the younger men, but even as he stepped forward, he was still at a loss for words.  Best then to keep it simple, he finally decided.

An hour was spent passing among the men, shaking hands, laughing, telling scraps of old stories.  A young man, new to the Legion, came to Caleb as the supper hour approached:  “Monsieur,” he told Caleb, “I am Legionnaire Hopewell.  A horse has been laid on for you to ride to Oran, tomorrow, to the port.  I will ride with you, to lead your horse back.”

Caleb slapped the young pup on the back.  “Good enough.”

He ate in the mess that night, surrounded by comrades.  He would spend his last night in his Spartan non-commissioned officer’s quarters, but before he slept, he had one piece of business yet to conclude in Sidi Bel Abbès, so after the evening meal he managed to evade his fellows and slipped quietly into town, where he knocked on the door he had so often knocked on over the past thirty years.  The door opened to reveal a woman who showed signs of a hard life, but who had nevertheless kept the soft edges Caleb had enjoyed so often.

“Signore Jackson,” Marissa smiled.  “You are here to conclude your part of this business, then?”

“Step into the office, then.”

Caleb followed Marissa – now to be the sole owner of the house.  In the office, she handed Caleb a fat envelope.  “It was not easy,” she said, “for me to do this.  It took many sacrifices on my part, you must know. But now,” she indicated the envelope, “I have amassed enough to buy your half of the House.  Would you like to count the money?”

“No,” Caleb said.  He smiled at the buxom Italian woman, seeing her as the girl she had been, so long ago.  “After all this time, Marissa?  No.  I think you would not try to trick me, after all we have been to each other.”

“I will miss you, Signore Jackson.”

“I will miss you, Marissa.  Or shall I say, Madame.”  He smiled.  Marissa leaned forward and kissed him.  Caleb hugged her and, tossing the fat envelope casually into the knapsack he had brought with him, left the place for the last time.

“That’s it.  The tale’s told.”  Caleb stood up.  He reached in a pocket, mined a few coins, dropped them on the table.  “Have another bottle on me, youngster.  If you join up, it will be your last one for a while.”

“Yup.”  Caleb pointed east.  “That way.  Thirty kilometers.  A bit more, a bit less.”  He shrugged, as Gallic through long practice as any Frenchman, and grinned.  “Good luck.  Keep your head down.  Sooner or later, France will get involved in another damn war.  Sooner or later, the Legion will go fight again.  But not me.  Not anymore.  I was a Legionnaire.  Now I’m a tired old man who needs his sleep.  Take care, son.”  He shook Philip’s hand and turned to stroll into the Marseille evening; Philip noted that, old man as Caleb may be, his stance and stride were still soldierly.

“Wait,” the boy called as Caleb walked away.  “The lady.  The one you always said, the one who sheltered you – who was she?  Was it Marissa?  Someone else?  Who?”

The old man turned and walked off, through the darkening streets of Marseilles.

I’m livin’ in a foreign country but I’m bound to cross the line
Beauty walks a razors edge, someday I’ll make it mine
I could only turn back the clock to when God and her were born
“Come in”, She said, “I’ll give you shelter from the storm”