I came across a disturbing article yesterday.  I am almost glad I found it because I was getting ready to talk about Trumpgazi.

This is my review of Four Peaks Kühl Beans Vanilla Coffee Porter. 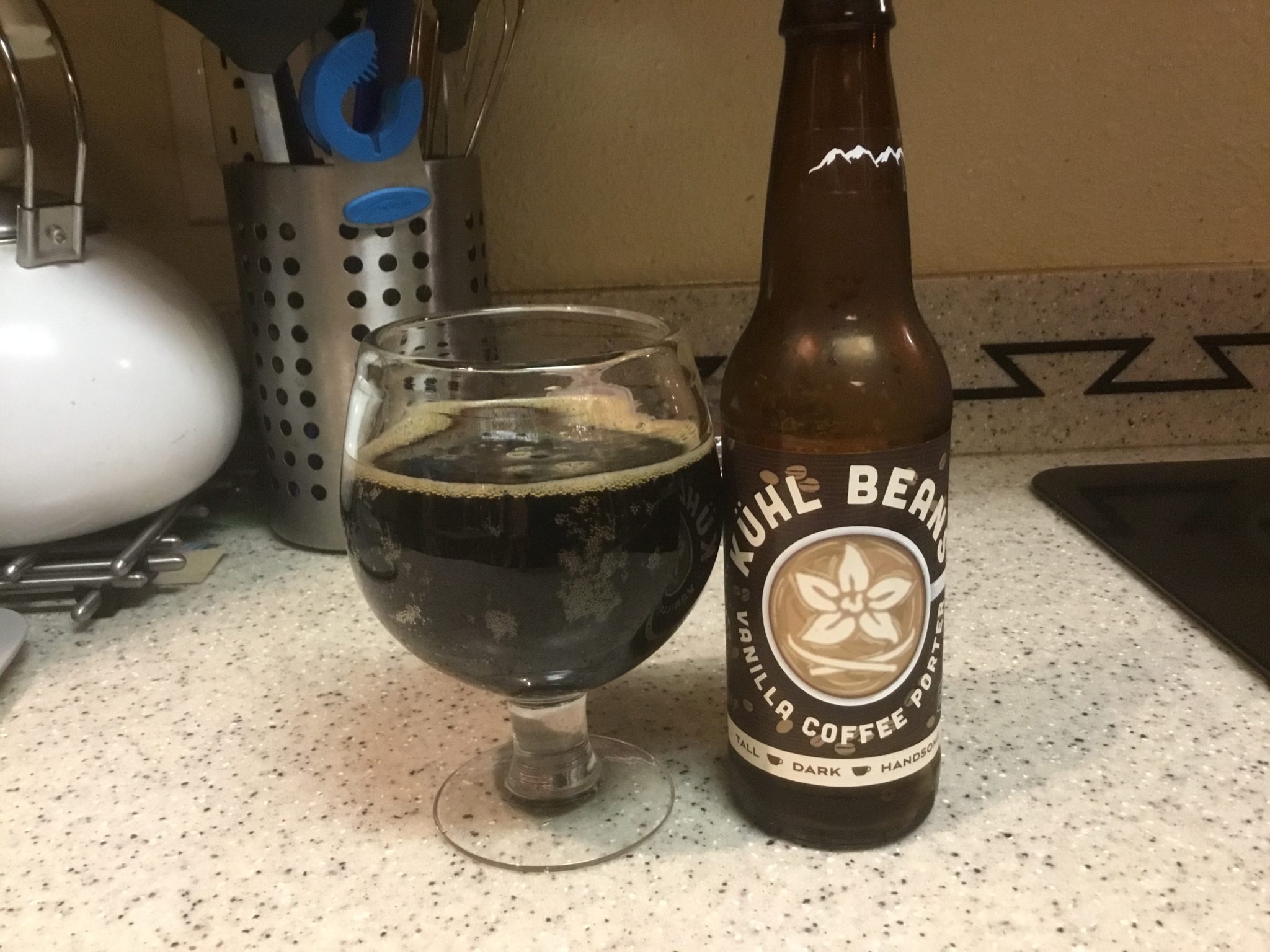 The article is here, and should you prefer not to give these people a click, or even that I not enact your labor to actually click (lazy bums) I have it quoted below with some commentary.  At least the parts that warrant some commentary:

Measured by organic support, libertarian philosophy appeals to almost no one. It nevertheless exerts an outsized influence in politics because it is a useful weapon for a hypocritical ruling class, that wields it selectively and in bad faith.

Whenever someone questions the tech companies’ right to censor right-wing opinions, for instance, liberals suddenly turn into Murray Rothbard, proclaiming that a private company can do whatever it wants with its own property. It does not bother these people that this same argument was sharpened most effectively through white resistance to the Civil Rights Act, in defense of business owners’ right to exclude blacks from their property. Unlike libertarian autists, the liberals who invoke these principles don’t really believe them, and feel no need to apply them consistently. They are simply weapons to use against their enemies, free to be discarded whenever new weapons may be found that work better. And of course, libertarian arguments that would seriously challenge the ruling class—not only in opposition to the Civil Rights Act but even on more innocuous issues like constitutionalism, states’ rights, a peaceful foreign policy, or an end to business subsidies— do not get the same treatment. They are totally ignored, ridiculed, and driven into conservative ghettos like Breitbart.

Let’s ignore the ad hominem argument this piece begins; not that it matters how much popular support an idea has is in any way evident of the merits of the idea.  If one wishes to be taken seriously when making an argument the merits of the ideals of another, it does help to attack the ideas and not the person him/herself.  Simply saying, “hur dur, nobody likes you”, is not much of an argument.

That said, it is true.  Being a political movement of convenient fellow travelers to statists is a frustrating reality to libertarians.  For several issues across the political spectrum libertarians find themselves allied with larger political movement–in terms of outcomes or conclusions.  The rationale to get to this outcome or conclusion often differs dramatically with those whom they agree in the larger political movements.  For example, legalizing gay marriage has been part of the Libertarian party platform since it’s inception in the 1970’s, as is unqualified support for the 2nd amendment.  It is the ideology’s appeal for many that the exact same logical process, that is the maxim of the right to swing a fist ends at the tip of another’s nose, can be used to determine the morality of situation.  It is not however, the left that typically co-opts libertarian arguments when it suits their purpose, for them it is more often popular culture that drives their social agenda.  Indeed it is more often conservatives are keen to make libertarian arguments their own, as the right’s contribution to culture is often limited to maintenance of institutions deemed useful.

This consistency in applying an identical principle to an nearly infinite number of circumstances, even by its detractors, speaks to the merits of libertarian ideas.

Not only is that…oddly specific, why not embrace the healing power of “and”?  It brings to mind the question of whether or not the writer came across such a video and was ashamed to be aroused by it.  However, let’s not stress the point because that would technically be an ad hominem.  Principles and all…

Its long-term effects can be summarized from the fact that, even as all aspects of society have been entirely sexualized, more and more men in their twenties are suffering erectile dysfunction. Lastly, the pornography industry is notoriously cruel and exploitative to its own workers, even to the point of child sex trafficking,

The libertarian’s role is to effectively frustrate the normal human desire to ban such an awful thing, by reframing the debate to a narrow argument over procedure. Any time that someone proposes against this clear moral and public-health menace…in swoops the libertarian, to somberly inform us that doing so is simply impossible. That would be tyranny and violate our most cherished values, don’t you see?

Often, this is accompanied by a pseudo-masculine posturing. If you want government action, the libertarian adult-in-the-room tells us, that’s really just a sign of your inadequacy, that you can’t control your own urges or protect your own children without help from Big Daddy Government.

Of course, there is nothing masculine about letting the world degrade around you just because you think that you 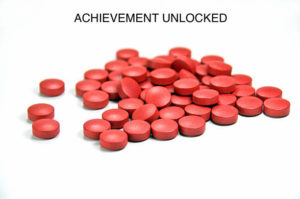 YOU TOOK ALL THE RED PILLS

personally can survive it. The purpose of life should not be to set up a series of hurdles that only the strongest can pass. People are flawed and sometimes need help. If the government can shape the law to make their lives easier, then it should do so. Why let a bad system persist, just because the stronger citizens are able to overcome it?

All of this should be common sense. Indeed, it would be common sense for most of American history. It is libertarianism, by contrast—with its demands for total government inaction as a categorical imperative—that is the outlier and demands some explanation. Does anyone seriously believe that societies are duty-bound to watch themselves decay, just because of some abstract idea of liberty?

Why present this as a Hobson’s Choice?  Society as a whole is not necessarily in decay because something undesirable to parts of it exists.  The appeal of liberty is the undesirable aspect of society is best remedied by the actions of citizens willing to help out of their own free will–either by offering the remedy as a service for profit or by charity.  It is not posturing to point out advocating the government handle the undesirable, removes the incentive for such citizens to continue finding the best way to provide that remedy.

Furthermore, the examples of successful government provided remedies are dubious or trifling at best (i.e. School Lunch program growing from studies by the War Department after WW2 that found many draftees were too malnourished to be of use to the Army). Typically, they lead to unintended consequences statists on both sides of the political spectrum simply address by creating solutions to problems created by their previous actions (i.e. Student Loan Program, Medicare/Medicaid).  At worst they result in moral atrocities, Japanese interment camps being an American example.

Whether Polumbo actually believes this line of reasoning is also inconsequential. His handlers—for whom porn is a lucrative business and a great way to keep young men distracted and pacified—certainly don’t believe it. The whole show is a big put-on in the hopes that you, white man, will be stupid enough to believe it, and that through a decontextualized focus on rules, fair play, and procedure, you will come to believe that, dang it all, it turns out we just can’t address important social problems after all. What is most galling about this whole charade is the enforced passivity. It is built around the fundamental lie that we are not really the masters of our destiny, and that we must be chained to outmoded rules, even at the expense of a diminished quality of life, out of some kind of principles.

Ideological principles should serve people; people were not made to serve ideology. If your ideology no longer addresses the important issues, then you should reject it. The State can be whatever we want it to be. Yes, that means we can use it crush bad things and promote good things. Libertarianism is useful to the ruling class because it tells the masses that we have to accept the situation we have now, and can never use hard power to make it better.

That line of thought only becomes powerful if we let it. The true right should just ignore libertarians or treat them with contempt, and then go about fulfilling our obligations to society. We have nothing to lose but our chains! 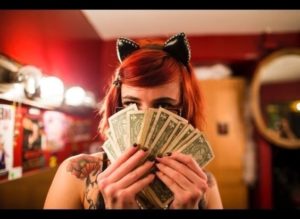 The libertarian ideology does address the question of pornography.  It addresses it by allowing those that wish to produce, or consume it to do so–provided it is between consensual adults and they are not harming anybody in the process.  The specific charge that porn is produced by exploitation of workers and children is simply untrue in reality, because yes there are indeed laws against it.  Libertarians typically accept these laws under the premise that exploiting a sex worker goes by a different word (rape), and exploiting a child for sex is as inhuman an act one can conceive, neither of which will be defended by actual libertarians.  That is often the line libertarians draw with the violence inherent in the state:  only that it be used strictly to enforce the rights of others.

The anarchist take on the other hand is another story.

But the advocacy to use the state to, “crush bad things” does indeed portend to an inability to control one’s urges.  This urge being one of violence, to enforce morality on personal terms.  Forever crushing with boots the faces of whom they find jacking off in the bathroom, to once again demonstrate the right is still no different from the left.

Is this beer any good?  Yes, but not HELL YES.  It is not heavy at all, but still full flavored with coffee and vanilla.  Nice for a cool, but perhaps not a cold day.  It is a limited release so get it while it is out. Four Peaks Kühl Beans Vanilla Coffee Porter:  3.5/5