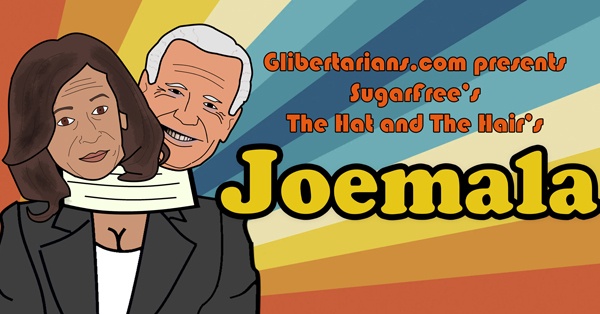 “Grandpa, did you eat all your oatmeal?” Finnegan asked.

“I’m not allowed to talk about that,” Joe said.

“Did you eat all your oatmeal or not?” she asked from the deluxuriated Presidential Bathroom and Hydrotherapy Complex.

“Nah, you can’t trick me like that. I’m’m’m’m not supposed to answer those type of questions,” Joe said.

Finnegan snorted and scrubbed at the stain on his shirt.

“Mr. President, as you can see, The Iron Dome system is working about as well as can be expected,” the general said. Joe watched the streaks and squiggles of light on the giant screens of the War Room.

“I’m not supposed to talk about that. I’ll get in trouble,” Joe said.

The generals filed out and left him in there with an iPad to play with, the parental controls on to prevent accidental purchases. 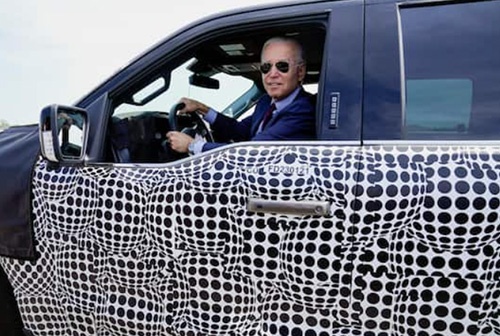 “Vroom, vroom,” Joe said, turning the wheel of the truck. “I really get to drive?”

“I think you all know I’m a car guy!” Joe yelled to the tame press groupies, huddled together on the floor of the Ford plant, afraid of the blue-collar workers they felt were getting too close. They laughed at Joe’s statement hollowly.

Joe looked around the dash. “Where do you put the key in this thing?”

“It’s a push-button, Mr. President,” said the grid girl Ford had hired for Joe and dressed up as an automotive engineer.

Joe jabbed at the dash in the general area of the ignition key and the car slightly shuddered as it started.

Joe jammed door the accelerator and he and the truck shot off. He drove straight down the track for a few hundred yards, began to weave, turned in a wide arc, and headed back toward the reporters that scattered, honking like geese.

Joe stopped short and pulled up beside the reporter pod.

Jen’s press interns herded the reporters back into a compact knot and calmed them down with a soothing series of Twitter notifications.

“This sucker’s quick!” Joe said again. “I don’t know if anybody has a stopwatch but I think we’re going zero to 60 in four-point-three. Four-point-four?”

No reporter had any idea of what the President was talking about.

“Mr. President!’ the first to calm her shakes called. “Can we ask you a question about Isreal’s murderous assault on Gaza?”

“This is so fast I could run you over so fast,” Joe said dreamily. “Like boom I just ran you over. You’d be dead. Sustainably electric dead!”

Joe smiled and sped off again.