This is the first week post-corporate merger at work.  Unfortunately, most of my work still needs to be done on the old computer but everyone keeps MS Teams calling me on the new one.  So I am one of those people with two laptops.

Whatever, here’s some links:

Hmm, another COVID spike in Mexico?  I guess they can call it that. 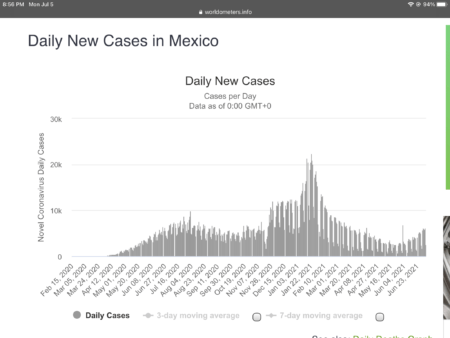 “[…]You’re almost halfway through your government and you’re still blaming ex-presidents for what you haven’t been able to do. So, my question is, do you believe that your [security] strategy of ‘hugs, not bullets’ has been a complete failure … and are you going to ask for help, because up to now you haven’t been able [to stem the violence].”

“… I have other information,” said AMLO, as the president is commonly, known, reverting to his favorite catchphrase when confronted with information which portrays him and his government in a negative light. 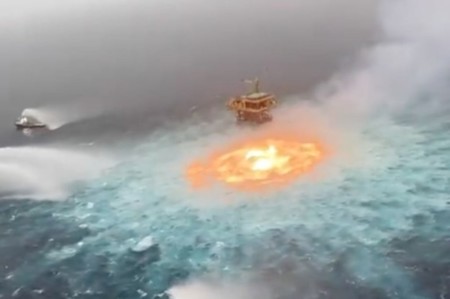 That flaming vortex from which SEA SMITH will…do whatever it is SEA SMITH does, was caused by lightning.  Which is disappointing, because I was hoping it was Cthulhu.

Apparently, reading to cigar rollers is an occupation in Cuba.

It’s that time, guess what time it is?  You guessed it…its TROPICAL STORM SEASON!

The Pope had surgery on his colon.  No word on drugs falling out of his ass.

A metal cover of a Lady Gaga song?  Relax, its not as terrible as you think.