The Yankees are on a rampage. The Orioles are red hot, having won two whole games in a row, which might be their season-best win streak, Houston might finally be pulling away in the AL West, the Pardes slide might be enough to see the Reds in the playoffs, and The Giants and Dodgers are battling it out for the best record in the NL and a wild card spot where anything can happen in a one-game matchup. The Ronaldo to Man City deal is almost done. Mbappe is most likely headed to Real Madrid. The UCL group draw has some interesting matchups. Man United got a cakewalk and Group G is just shit. Otherwise, some really good teams are gonna and up in the Europa League by spring.  And that’s sports. 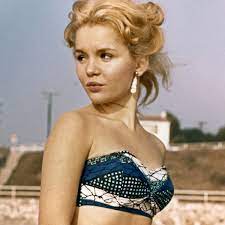 Wow, it didn’t take long for the “Republicans pounce” headlines to start after yesterday. Well here’s the thing: they should pounce. Because the catastrophic and spectacular failure in ending the Afghsnistan occupation should come with a political price. The dumbfuck in charge needs to go (in addition to all the top generals and heads of the intel agencies). Even if that means Kamala takes over.

An absolute shitshow of epic proportions.

This story is local for my parents and it has the entire area wondering what will happen. It’s spent some time in the national news, but I bet it starts spending more.  It’s a weird-ass deal.

Talk about an overreaction. They called the freaking police and went into lockdown over that?  What a bunch of pussies.  Well, they’re probably gonna get sued on 1A grounds, but in the 9th Circuit it probably won’t go anywhere.

All that grandstanding and nothing to show for it. Next time, show up and do your job, even if you don’t think it’ll end up the way you want it to.

As far as Afghanistan goes, this may have been the dumbest thing the admin has done so far. I say “so far” because I expect them to do something even stupider today. Or tomorrow. Or next week. Or already but we haven’t heard of it yet. You know, since they’ve literally fucked up every single thing they’ve done.

It’s about fucking time. By the way, if you want to read something terrifying, have a gander at Breyer’s dissent.  He basically says laws don’t matter and that emotional appeals should reign supreme if there’s a disease running around.  That dumbass probably needs to review his job description and absolutely needs to revisit his oath of office.

How stunning and brave. Oh wait, I meant to say “how fucking stupid.” He also missed the fact that all those other things he’s alluding to are actual laws that were passed by a legislature. And also that nobody is forced to drive a car but kids are forced to attend school.

These guys deserve a medal. But it’s San Francisco so I’d expect them to end up being charged with violating rights. Because shooting up smack and/or taking a shit on the sidewalk is somehow more important than the safety of people trying to safely walk to their car or home.

I guess these guys hate the First Amendment too. Well, at least the discovery phase won’t be boring. Actually, it shouldn’t get to that if the judge recognizes the 1A rights of the defendant We shall see if that happens.

Let’s end the links, and the week, with an upbeat song. We all need this.  Enjoy it.

Now get out there and have a great Friday and an even better weekend, friends! College football is here and things are looking up.