This tune is on constant loop at Glibs HQ right now. 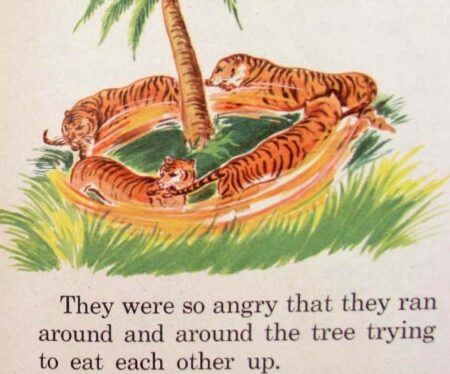 …UNTIL THEY ALL TURNED INTO BUTTER: Long, but important, article on the current state of disarray of progressive organizations. Any movement based on denunciation of others will eventually turn on itself. Lede references this.

A BRIEF HISTORY OF CHILDREN SENT THROUGH THE MAIL: For reals, yo. (h/t Tulip)

PERMANENT PANDEMIC: Legacy media beginning to admit that maybe critics of the national health state had a point. Unfortunately, they feel a need to tongue-bathe Ta-Nehisi Coates (“black bodies”) in the process.

HOPING THIS COMES TRUE: Rumor has it that Brian Stelter will soon be shown the door at CNN.

SEXY NEW SERVER: Previously, Glibs was sharing a hosted fileserver with parties unknown because that was cheaper and we didn’t think we’d need that much capacity. You people managed to max out the CPU usage with your obsessive commenting and fapping. Now we have our own dedicated box in a rack in a server farm somewhere. CPU usage now barely registers, kind of like a car idling. You will notice faster logins and page loads, and no annoying cache issues with the feed. WebDom is going to give it a couple of days to make sure everything is migrated and stable before doing the big, long-overdue WordPress upgrade.