Ukraine war: Johnson says if Putin were a woman he would not have invaded

The UK prime minister said the “crazy, macho” invasion was a “perfect example of toxic masculinity” and he called for “more women in positions of power”.

But Downing Street said there was “not a deliberate policy” to publicly belittle Mr Putin.

Mr Johnson’s comments come ahead of a Nato meeting where allies will discuss how to respond to future threats.

At the summit in Madrid, he is set to call on fellow members of the defensive alliance to ramp up defence spending.

Chris Crawford Is Changing NFL Cheerleading, Whether Football Fans Like It or Not

It’s Pride month, and for the NFL that typically means it’s time to splash a fresh coat of rainbow paint over the shield, publicize partnerships between LGBTQ+ organizers and the league’s first and only player to come out while in the NFL (though he is not currently employed by the league), and cash in on queer fans’ loyalty with Pride-themed games. For a league that’s facing constant revelations of misogyny and discrimination, the once-a-year celebration of queer people in the NFL has, regardless of good intentions, often felt more like a farce than a genuine tribute.

But there’s a different story unfolding in the South—one that subverts (or, at least, lessens the blow of) the threats to pregnant, queer, and trans people’s rights across the country and especially in southern states. The TopCats, the official cheerleading squad of the Carolina Panthers, have quietly become one of the most progressive organizations in the NFL. As one of the many faces of the team, Chris Crawford, a 23-year-old Black gay male who slides between femininity and masculinity as he pleases, is doing a hell of a lot of heavy lifting for gender identity diversity within a league that has glorified the gender binary since its inception. Crawford doesn’t care whether fans are ready for people like him to appear on their televisions and in their stadiums, because unabashed gender expression like his is the future. And the future, apparently, is the Carolina TopCats.

Although the real shock comes when you get to the end of the article and realize that a Gizmodo blog has managed to talk about the NFL and not mention Colin Kaepernick for the millionth time.

Kelly, whose full name is Robert Sylvester Kelly, was convicted last September of racketeering, and eight counts of violating the Mann Act, which prohibits transporting people across state lines for prostitution.

Forty-five witnesses testified for the government. A 10-year term is the minimum possible sentence.

Bonjean, who began representing Kelly after his conviction, said the singer’s impoverished and “chaotic” home life as a child included multiple instances of sexual abuse, including by a sister and a male landlord whose names were blacked out.

She said Kelly has an IQ of 79 and is “functionally illiterate,” having felt shame and fear he could not read the teleprompter when accepting Grammy awards.

I had no idea you could score a 79 if all you did was pee on the test sheet.

The quadruple-vaccinated Dr. Anthony Fauci said he is experiencing a “much worse” COVID rebound after being treated with Pfizer’s antiviral medication Paxlovid.

The 81-year-old chief medical adviser to the White House revealed his health struggles while speaking remotely at the Foreign Policy Global Health Forum on Tuesday.

The nation’s leading infectious disease expert tested positive for COVID-19 on June 15 and was initially experiencing mild symptoms, according to a statement released at the time by the National Institutes of Health.

When his condition took a turn for the worse, he began a five-day course of Paxlovid, which was granted an emergency use authorization by the Food and Drug administration in December 2021 to treat high-risk COVID patients in an effort to prevent hospitalizations and deaths.

This feed will help.

It’s a meal almost too rich for even my gourmand tastes. 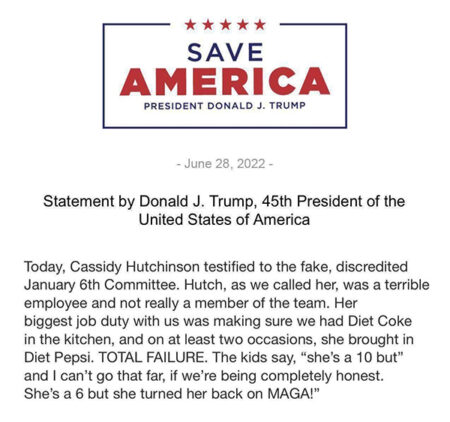 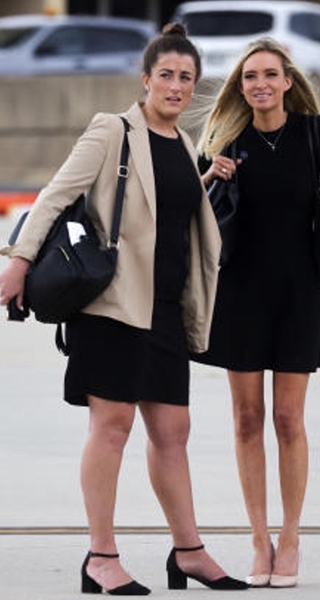 Hutchinson back when she couldn’t even manage to keep the White House stocked with Diet Coke.