GlibFin: Facing Down the Looming Recession

Right now, we’re probably looking at 2-3 weeks until the first round of official data comes out that confirms we’re in a recession. This official declaration of recession doesn’t change any economic reality, but it does impact the psychology of the economy in ways that can really screw up your finances if you’re not prepared. The particular aspects that seem to be swirling around this recession are concerning in a few ways.

1) It has been a long time since our last recession, and people and companies seem to have forgotten how to operate in a dragging economy. 2) We haven’t shaken all of the supply chain weirdness that was induced by government covid restrictions. 3) Stagflation is here. 4) The macro leaders have signaled that they’re going to do the stupidest things. and 5) Those with power over the messaging and policies at the global level are stuck on destroying our economy through ESG bullshit.

What happens if you’ve been caught out by this? What do you do if you’ve done exactly nothing to prepare for this recession? Whether this is because of life circumstances, or simply lack of foresight, the reason why you’re not ready doesn’t matter. All that matters is what you do going forward. This article captures advice from a few of the Glibertariat for going from couch to not-completely-fucked-by-this-downturn as quickly as possible.

Multiple commenters had variations of the same few short and sweet answers. They could all be boiled down to the same thing. Don’t panic. Keep planning your finances as if the recession isn’t about to happen.

There is value in this advice. Panicky people make stupid decisions. Don’t be panicky. Don’t do something stupid because you think the world is going to end before August.

Also, we’ve laid in quite a good supply of dry beans and rice, and the greenhouse is currently full of growing vegetables.  The freezer is stocked with chicken, beef and pork, and I plan to start stuffing fish, birds and small game in there.

As long as one can eat, one can get through this.

I agree with Animal’s instinct to stock up on non-perishables. They’re not going to get any cheaper, and so long as you have a good place to store them, you can reduce your costs in the future by eating out of your stock if, for example, you’re laid off for an extended period.

Ok, I will buy ammo

This is something that falls into Jack Spirko’s “build while everything is crumbling around you” philosophy. Unless you’re really paranoid about the collapse of civilization, you can probably find better use for your money right now. However, in 6-12 months if people are getting laid off and struggling to find work, ammo prices may significantly drop. People don’t tend to buy bullets when they can’t afford to feed their family*.

*until they do, and there’s nothing you can do in the next 3 weeks to prepare for that.

ZARDOZ SPEAKS TO YOU, HIS CHOSEN ONES. ZARDOZ OFFERS THE FOLLOWING ADVICE; 1). KEEP THE GIFT OF THE GUN CLOSE BY, 2) STORE LARGE AMOUNTS OF GRAIN, 3) SEAL YOURSELF, ALONG WITH A FEW HUNDRED OTHER IMMORTALS, INSIDE A FORCE SHIELDED VORTEX. BE SURE TO INCLUDE A SUPERCOMPUTER CONTAINING ALL KNOWLEDGE OF THE HUMAN RACE.

Geez, everybody is grabbing their guns and heaping up non-perishables… Should I be worries about something? Be careful when sealing yourself into a force shielded vortex or a nuclear missile silo that the ventilation shaft is clear of all debris, including birds nests and the remains of any campers STEVE SMITH tried to hide for later…erm… whatever he does to dead things.

Economic events don’t hit everywhere all at once.  It’s highly likely, in the event of a serious collapse, that you’re going to want to go someplace else, either for work or to avoid an unsafe living situation.

So, make your the family car is in good working order.  Get any deferred maintenance done soonest.  Make sure the tires are in good shape, including the spare – replace them if they’re getting close to the wear limits.  Same with the belts and hoses, the battery, and any other regular wear items.

If you have the ability to do so, stock up on some gas.  If you can’t store gas, at least get some jerry cans that you can fill up on the way out of town.  If you don’t have a set of jumper cables, now’s the time to get them and figure out how to use them.  If you don’t know how to change your oil, emergency patch a tire, or replace a fan belt, now is the time to learn.  Get the necessary tools and spare parts and keep them in your ride.  Have drinking water, a blanket or two, a first aid kit, and a fire extinguisher in your car at all times.

If your registration or state inspection is getting close to the renewal, go ahead and get it renewed now.  Better to do that stuff now, then when things are really starting to unravel.

Good point on getting the car into working order and getting your travel emergency provisions into good shape. That’s great advice whether or not an economic downturn is looming.

I would think that you would want to have one vehicle that is not subject to a repossession.

A resume or side hustle.

The financial improvements are very apt. As Dave Ramsey says, priority 1 should be the “four walls” Shelter, car, food, basic clothing. Anything you can do to improve your footing in those categories should be considered.

Now may be a good time of year in your area to start some transplants for a fall crop. If that’s true, do it! If you need artificial help to keep the growing season going long enough, spend the $40 to get the supplies for a cheapo caterpillar tunnel.

Recession comes and recession goes. What you need to remember is to cook your long pork thoroughly, and to not eat the brain or spinal cord.

More seriously, being officially in a recession is just a label.  Short term, you’ve not got time to prepare for the shocks, it’s a discipline that needs to be enacted years before you need it.

Yesterday was a great day to start in on those disciplines, but today is the next best day. 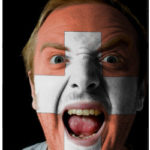 In addition to the non-perishables people have mentioned, keep a good stock of OTC meds you might need…and anything else that you suddenly might not be able to pick up, if you end up laid off. Have a cash earning side job….even if it is just a few hours a week.

[Swiss: I stuck my comment in whilst editing – I am sure trshy would have some primo snark for it].

We have no clue if this is going to be a short little blip or a downturn rivaling the Great Depression. You have no idea if you’ll come out the other side worse off, unscathed, or better off than you started. All that is known is that recessions tend to eat the unprepared for lunch and the panicky for dinner.

Proceed with caution. If you are in a tight financial situation, think about cutting your spending and piling up some cash over the next couple months. If you are highly dependent on the supply chain to bring your food to you, buy a bit extra of the non-perishables when you go to the store each time, and shove the extras in the back of the closet until you have a month or two worth of essentials on hand. If your essentials are leveraged, see what you can do to get ahead on them while you have an income. Can you pay minimums on the credit card and get 6 months ahead on your car payment by the end of the year?

Don’t panic. The worst may happen tomorrow, or you may never feel the worst of the impact. The fundamentals of personal finance, preparedness, and career planning are the same in good times and in bad. Panicky decisions usually come back to bite you.

Look for opportunities in the destruction. As I mentioned above, Jack Spirko is big on this. What can you do to take advantage of the situation and start up something that will last longer than the downturn?

Hopefully this is of help to people. What are you doing to prepare for the recession? What advice do you have for somebody who hasn’t even started preparing?