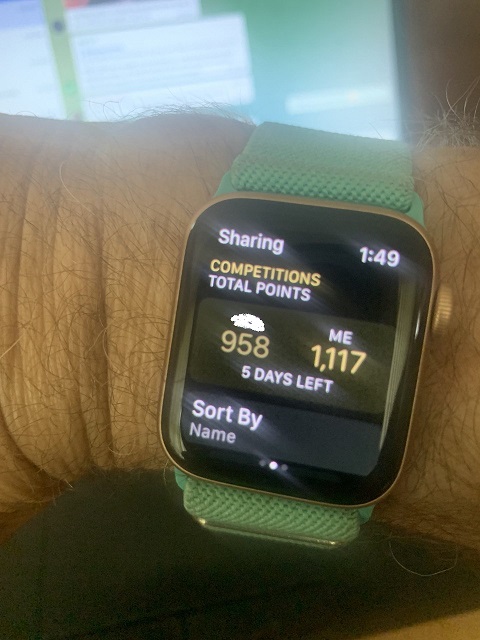 This is really more appropriate for GlibFit, but who the hell knows what I’ll be doing this afternoon. I mentioned recently that I’ve been using Apple’s Fitness app on my watch and iPhone. Not being content with tracking my progress, I found out that I can use it to compete with others. So naturally, I ended up in challenges with WebDom. She has the distinct advantage of being half my age, but I have the advantage of not having to manage a crowd of idiot kids minute by minute. And I’m not a girl (ducks).

Of course, that made my competitive nature kick into high gear, and much like the tranny skateboarder who has recently been taking glee in defeating 13 year olds, I was determined to crush her spirit. And to really rub it in, I set my fitness goals to be more than double hers.

So now, with this new technology in place, she keeps receiving screenshots of how far ahead I am and how hopeless is her quest to overtake me. Her mother had a certain imprecation which she would continually direct at me, a three letter acronym with the first two letters being FY and the last being my initial. Somehow, this has been genetically inherited.

Oh, and speaking of genetic inheritance, there are birthdays today, including a composer who lived on the knife’s edge; a guy who was born one day too early; a guy who asked what “is” is; a guy who woke up as a cockroach; a guy who was very bored; a woman who was very hungry; a woman who got too close to the truth and paid the price; an heir who was something of a mixed bag to us; Mark Kelly’s spirit animal; a piece of shit who still inflicts himself on us; an attention whore who gives attention whores a bad name; a guy who recognized a dumbass when he saw one; a guy who is ridiculously accomplished; a piece of shit who strongly contributed to the enstupidation of America; a famous midget actor; and a guy who should have been given a Medal of Freedom instead of being persecuted.

Let’s have some Links, then.

This is guaranteed to be honest and aboveboard.

Perfectly selfish link. This is what I’ve been doing this weekend.

OMG, PEOPLE I DISAGREE WITH ARE BEING PEACEFUL!

Why TikTok is the biggest threat to SETI.

By request of Gender Traitor, Old Guy Music is a bluegrass cover of one of the very best Rolling Stones tunes, featuring the late, great Vasser Clements on fiddle, Jerry Garcia on banjo, David Grisman on mandolin, and Peter Rowan on guitar and lead vocals. 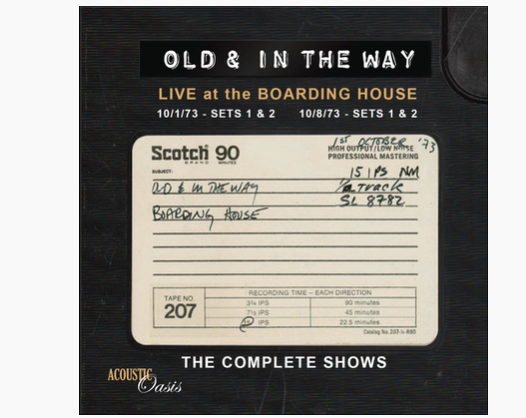