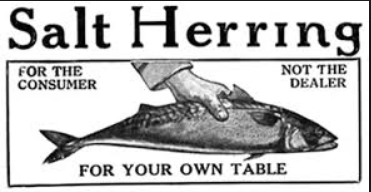 One year ago today, SP and I rolled into town awaiting our new adventure. Yeah, it was a bit more adventure than planned, and not just in the obvious ways. I was done with doing science, done with the grind of working for someone else, ready to be amused at the silliness of the PC liberal arts university and help WebDom build her business in a delightful and lovely little village.

Today’s anecdote was a stand-up comic playing an on-campus show. Partway in, he referred to an audience member who made a loud quip as “White Boy.” The guy was white. And amused. The authorities were not, so quickly killed the mike, killed the lights, and ushered the audience out before more horribly damaging words were perceived by their delicate ears. And then refused to pay him the agreed-on fee. The rumor mill started, and by the time it circled back, the story transmuted to him using a common and nowadays unprintable slur to a black guy.

Welcome to modern Progressivism. John Cleese and Dave Chapelle are soooo right on. I love this place, but sometimes…

There’s some fun birthdays today, including a guy with a wonderful name; a guy with one too many commas in his name; a guy who would be beyond delighted with the world of 2022; Duncan Renaldo’s Sancho Panza, who seems to have a beach in Santa Barbara named after him; a guy who created a miracle by being a careless slob in the lab; a local girl who inspired one of the greatest pieces of sculpture ever created; a guy who was Snoop Dog before it was cool; a guy responsible for thousands of hours of my youth wasted in rapt fascination; the guy who put the scare quotes in “artist”; a pretty fucking awesome and under-appreciated bass player; the definitive sitcom wacky neighbor; an interesting and creative guy demonized by our government; and a guy who killed Bruce Willis.

And now to the Links.

I can fix her.

Hopefully, the appeal lawyers will be smarter and Alex will leave them alone to do their job.

Fucker is going to make me a Packers fan.

Indians are as stupid as we are. This is something of a relief.

I was playing some old stuff the other day and remembered that I had forgotten how much I loved the Guess Who back in the day. So suck it up, Buttercup, that’s today’s Old Guy Music.