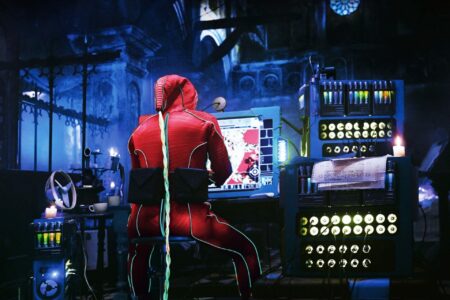 Sometimes in the lives of creative individuals, they produce something so extraordinary that it filters into the collective consciousness of entire generations. What if your name was Terry Gilliam and you did that early on in your career, and then everyone judged the rest of your creative output against that one thing? What if, even worse, it was two things? Consider this high bar:

I don’t want to forget a few other memorable films of his which entered the public consciousness:

Is it just that people can only take so much greatness before they turn away? If you did turn away you would have missed:

Does Terry Gilliam need an introduction? If so, I included a link so you could read about him. His films always touch on interesting subjects regarding our lives and our place in the pantheon of the universe. This one is no exception. This film was released in 2013 and it was very prescient. Post all the COVID B.S. is a perfect time to revisit this film.  Like a lot of people I enjoyed this film, but the movie didn’t enter consciousness like Brazil. Then I rewatched it last week. Good Lord. We are The Zero Theorem. In this film you will see work at home pathos, misuse of pronouns, nigh-useless therapy designed to identify problematic workers, corporations spying on workers even at home, and a government/corporate collaboration to control everything in everyone’s life.

It is far too easy to spill the beans over this movie so I will only tell you the basic plot summary, stolen shamelessly from IMDB:

“A hugely talented but socially isolated computer operator is tasked by Management to prove the Zero Theorem: that the universe ends as nothing, rendering life meaningless.”

I will say this will be difficult for some people to watch because you will see parts of your life reflected in this film. That’s good. Go out and make a change before you become The Zero Theorem.

Now watch! Or don’t! Everything is Voluntary! Next week I am down to One Film. An anniversary post!