You probably noticed I was gone last week, or you were especially moved by my in memoriam for Bob Saget.

No?  Well fine then…

This is my review of Mother Road Brewing Limited Visibility Hazy IPA: 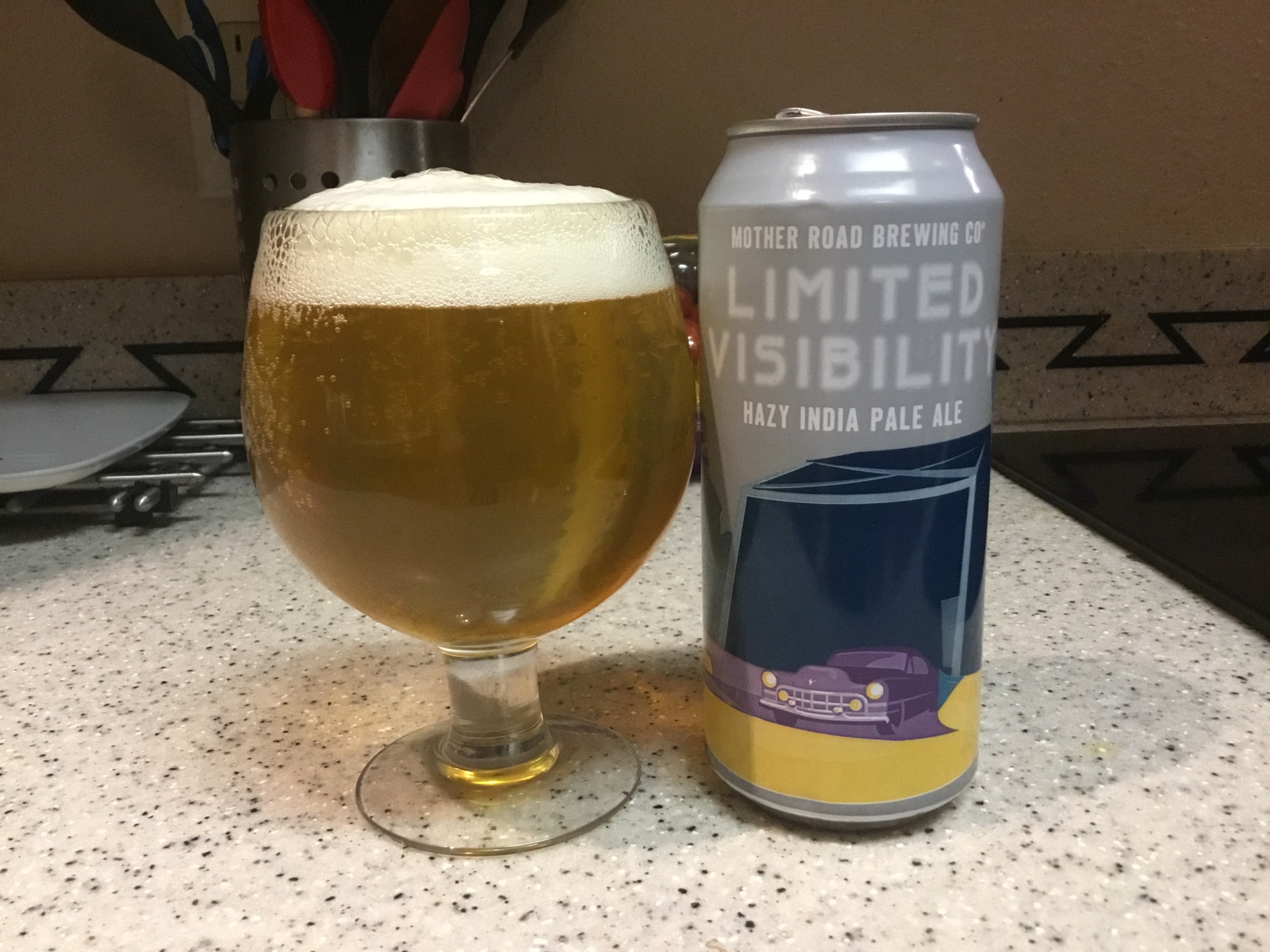 Previously, I wrote a short piece on my experiences on joining the AZ Libertarian Party Mises Caucus (link here) and a few of reasons I decided to give them a shot.  Last weekend was the convention, and I signed up to attend the business meeting.  The most pressing item on the agenda was voting for state delegates to the national convention in Reno this summer.

Now for the shit show… 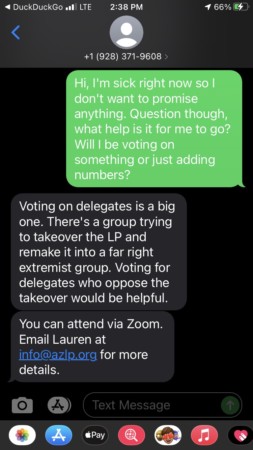 The one thing that struck me as odd since I was given access to the MiCauc universe—the secrecy.  Apparently, the establishment faction Dave Smith kept talking about is not a red herring and they actually do think people like you and I are right-wing fanatics hell bent on destroying…whatever it is they think they built.  Seriously, Northwestern Wildcats football has more victories.

The first indication this actually was something to deal with was a text message I received about a week prior to the state convention.  The message I received simply asked to confirm if I was attending the convention. I was immediately told not to respond to it but one did not get that instruction and they intimated their concerns for the Mises takeover in a subsequent text.  This is me speculating, but they were looking to gauge the responses from party members that joined in the last year or two to determine the numbers.

Prior to the convention, a “double-agent” of sorts tipped the state party leadership to the Mises Caucus plans to overwhelm the delegate vote.  In addition, coordinate floor votes through traditional parliamentary tactics via Roberts Rules of Order. However this guy managed to do this, either wittingly or unwittingly, it happened.  The fun part is he’s the guy that managed to book Dave Smith.  Here’s his Twitter, feel free to troll the beard covering his weak chin at your leisure.

I arrived in Tucson on Friday night.  The Mises organizers managed to book Scott Horton and Caryn Ann Harlos and threw a party that evening that I could not attend.  This meant when I got to the Omni Hotel lobby I genuinely had no idea how many people were Mises, nor did I really know who they were since this was all coordinated via internet messenger apps.

0800 – The agenda I received clearly stated credentialing would begin at 0815.  Everyone was still standing around by 0900.  All the stereotypes were represented:  neckbeards, homesteaders, militant hippies, disgruntled vets, gaming nerds, bald guys with ponytails, lesbians from the Midwest, leather tassled cowboys, and people pretending to be venture capitalists.  Only the naked Scotsman was missing. By 0920 everyone had ventured through the ballroom and formed a queue outside the entrance to the ballroom only to show Mr. Flores a Voter ID confirming LP membership and finally sitting in the ballroom.  Unbeknownst to me at the time, the Maricopa County Vice Chair, a MiCauc, was initially removed at credentialing.  Only after getting Ms. Goldberg involved was he allowed back in.

0945 – The first item up on the agenda was a video from Spike Cohen pleading with us to stop the infighting.  I hold no ill-will towards Spike and he seems like a good guy in a tough spot, but I tend to resent being lumped in with white nationalists, being Mexican and all.  Next was a motion to confirm the number of Class A party members—that is, determining who is allowed to vote.  They initially declared there were 183 LP members in the room.  This was quickly objected due to a math nerd doing the simple math of counting the number of tables in the room (12), multiplying that number by the number of seats at each table (8), and adding to the overflow on the sides of the room (≈15 to 20).  (12×8) + 20 = 116.  116 ≠ 183.

Communicating this took a really long time, since the Omni is located  in the outskirts of Tucson so cell service was a bit spotty and the WiFi Name + Password the LP left on the back of my name tag was nonexistent.  We later found out the LP did not purchase WiFi service from the hotel, and the lobby WiFi didn’t have the juice to reach the ballroom.  Recall our double agent and this being coordinated via messenger apps… We all agreed Mr. Flores would double check the Class A membership list.

1030 – “We’re running late, so we’re going to skip the ten minute break…” We also discovered voting on bylaws is an impossible task since they do not possess the technology to project the document on a screen large enough for everyone in the room to read. I take that back, they did but the man bun IT guy didn’t know how until about 1045.  We later discovered they cannot edit the bylaws either.

1230 – “All in favor of breaking for lunch?”  Lunch was a $25 pre-paid buffet featuring roasted corn on the cob.  This being a four star hotel with a nationally well-regarded golf course in AZ in the middle of January with a $400/night fee, this was not your ordinary run of the mill corn cob.

No, they got fancy and left the husk on it, then pulled it back in a decorative manner to serve it.  Unfortunately, for everyone that paid $25 for lunch they got to witness the corn husks catching fire on the buffet line.

1330 – “Any objections to confirming the Class A Member attendance?”

At this point the objection was not the number but who was actually in attendance.  First they didn’t really have a list, then when  Mr. Flores put a list together in Excel we discovered he just married three paper lists onto an Excel sheet in no particular order.  He at least verified the number of people on the list corresponded to the number of people in the room.  Progress!

We discovered that because we requested Ms. Goldberg project the list on screen so each member can verify they are actually on the list.  Why is this important?  If one wishes to be an LP delegate at the national convention they must be an LP member, and the local party  must nominate them at the state convention. I was not going for a delegate slot, but I noticed I was not on the list.  I called for a point of order to notify Ms. Goldberg of this travesty, but I wasn’t even the worst oversight.  That would be the nice lady that saw her husband listed who was neither in attendance nor was he registered with the LP.

Once again, we all agreed Mr. Flores would double check the Class A membership list.

1400 – Proxy delegates for state committee members? Apparently an Arizona LP member of a certain status is allowed to have up to three people go to the national convention in their place if they are unable to attend.  This was a discussion that took over half an hour requiring both parliamentarians (Caryn Ann Harlos and the only guy in the room wearing a mask) to opine on whether such a practice can be subject to a floor vote.  Meanwhile Scott Horton was outside on the terrace passing the dutchie.

At this point they agreed to a floor vote.  It was here I finally saw the number of people in the room that were Mises as over 3/4 of the room was standing to vote down proxy delegates.  This was like me sparring with my 12 year old:  sure he may have a black belt in TKD, and maybe he can even hurt me, but I’m just trying not to kill him.

1500 – I graciously volunteered as a “teller” to tabulate the votes for delegates.  Mr. Flores left me with far too little confidence for me to simply continue to be an observer.  Once we voted and collected the sheets, they let Scott Horton in.

He probably got half the room high just walking to the podium. 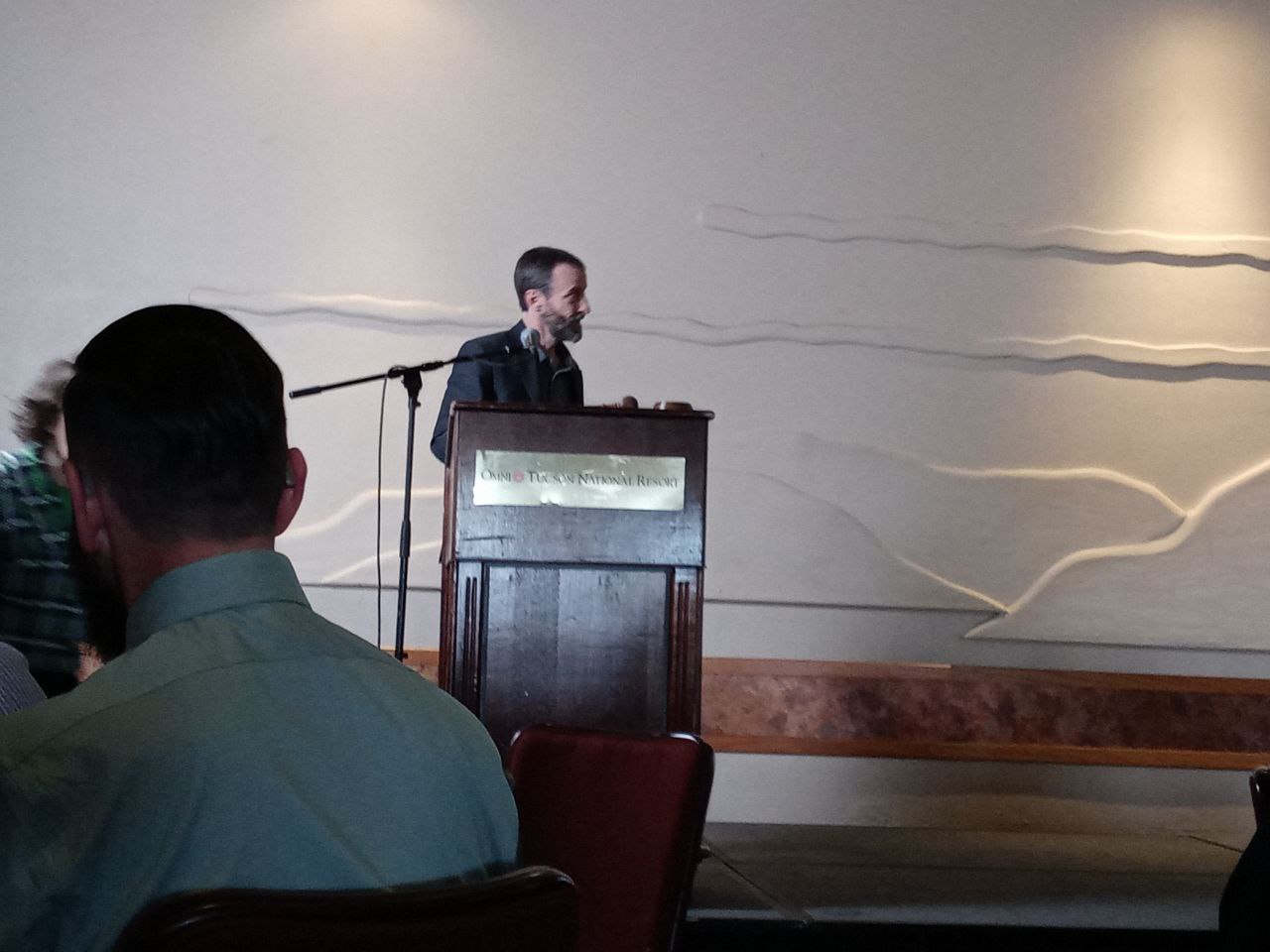 Tallying was done.  Okay what what’s the result?  I don’t know, I can only speak to the sheets I counted.  Oh, Ms. Goldberg wants us to adjourn? 116 people drove to a debonaire hotel outside Tucson to vote on delegates but won’t give us the result before we adjourn?  POINT OF ORDER!

The hotel was asking us to vacate the room so they can prep it for the next event:  a $75/plate dinner featuring Jo “Actively Anti-racist” Jorgensen and Dave Smith…we agreed we would not adjourn until Mr. Flores announced the names of the delegates.  He was still adding up the four tally sheets from the tellers.  Let it be known:  an older gentleman from Yuma that I am reasonably confident to place in the “disgruntled vet” category did the math for him before we handed it over to Mr. Flores.

The result?  AZ has 17 delegates. All 17 were from the faction of right-wing fanatics hell bent on destroying…whatever it is they think they built.

A small victory? Perhaps.  In this world of totalitarian asshats lurking around every corner finding new and inventive ways to use the power of the state to force you to comply with their ever growing list of social mores—you have to start somewhere.

1730 – The afterparty!  There were no survivors. Okay not really. 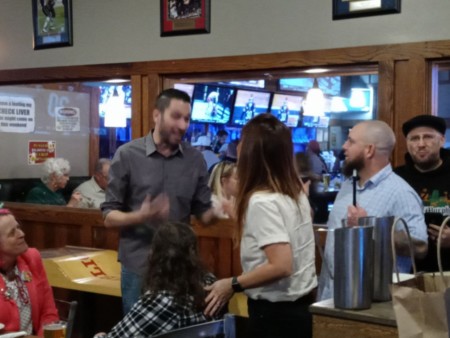 Sorry, you will have to deal with my awful cell phone camera picture as I have a slight bugaboo about “meeting heroes” due to a story the Old Man With Candy told me.  Its his story to tell, not mine.

Since half of you skipped all that, the beer isn’t bad, but it clearly isn’t hazy either.  It does have the fruity after taste and some of the texture the ladies seem to love.  Sorry, I refuse to comment on mouthfeel, it just seems like one of those words that immediately conjures bad images in my head.  Like the word moist.  IPA is hardly my favorite but this one isn’t too bad.  IBU 62 with an ABV 7.2%, maybe I’ll buy it again if I can find it in the summer.