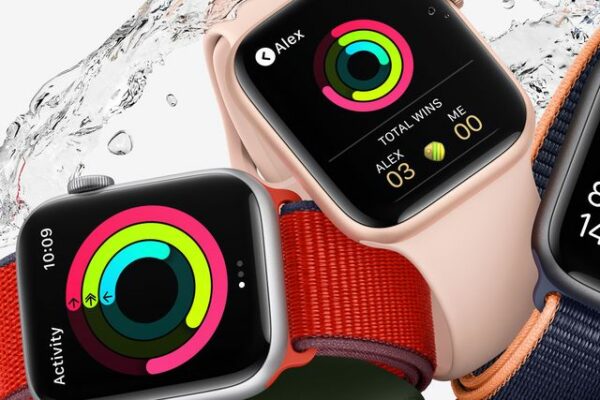 I had mentioned that WebDom and I are having a bit of a competition involving the Fitness app on our respective Apple Watches. Over the course of a week, the app totals up fitness points resulting from our activity. It also announces the daily winners. It’s a ridiculous thing, but we’re having fun with it.

So the other night, it’s getting toward midnight. Spud and I are sitting in the solarium having some alcoholic beverages. I check the status of the competition; the margin is slim but I am ahead, and the day is about to close out. WebDom and her boyfriend have gone up to her room to watch TV. I look again and she’s gaining points and the margin is shrinking rapidly. WTF? Suddenly it hits me. “THAT LITTLE CUNT IS KEEPING HER WATCH ON WHILE SHE’S FUCKING!” Since I am currently and perhaps permanently without a partner, I do the only reasonable thing: abandon my drink and start running around the block.

Cheaters never prosper. I won. Barely, but I won.

Anyway, let’s do the obligatory. Birthdays today include a guy who was creative but not a singer; a physicist who had his own ideas about relativity; a cartoonist whose portraiture is… classic; a guy whose roster of PhD students pretty much defined modern physics; a famous hatchet man; a now-dead warmonger; a guy who may have accidentally impregnated a hat; an impish fellow who was a real cut-up; the first female senator from South Carolina; an actor whose presence in a film is a slam-dunk guarantee that it will suck; proof that Amish chicks have amazing breasts; proof that fucking your way to the top is a viable strategy; and the star of the best cartoon show ever made.

Let’s get to the core of the issue, to wit, Links.

There is not one sentence in this that isn’t packed with unintentional irony.

“Well, if he just went trans, I could do something.”

Every year, someone tried this in California. And every year, they were shot down quickly.

Anything which decreases respect and trust for the judicial system is a-ok in my book.

“I’ll take ‘Idiot laws that will get knocked down immediately’ for $400, Alex.”

Don’t know who she is but… #metoo.

Spud and I spent yesterday at one of my favorite wineries. Driving home, this song (which I hadn’t heard in years) came up in my Old Guy rotation and reminded me of how much I liked it.