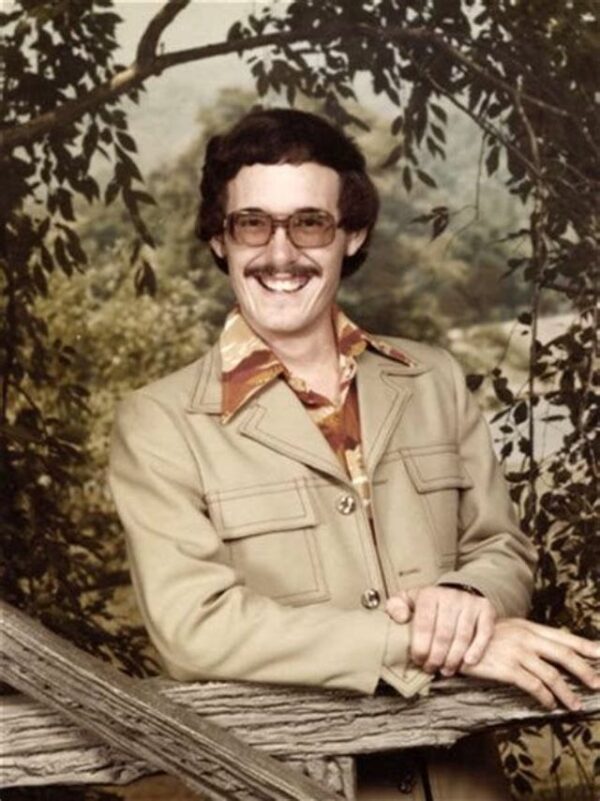 Mysterious packages started arriving. They piled up quickly. Every time a new one would come, I’d see a slight grin from WebDom, as if she were keeping a funny secret. Yesterday, I found all the packages piled up in my bedroom with a note from her instructing me to open them. Clothing, much clothing, which I found puzzling. She walked in with that knowing almost-smile saying, “Dad, the T-shirt and jeans look was fine when you were with Mom. But now you want to be a himbo and live up to your nickname of Hot Man-Meat. That means you have to dress the part. This is why you got turned down, you just look too old in that getup.”

“But these clothes… leisure suits?”

“They’re coming back in style. Look, this was in fashion when you were young, right?”

“Well, if you want to look young, you have to wear these. Basic logic.” Her slight smile tightened as if she were trying to hold back laughter. But she assured me, “Look, Dad, I know you’ve been feeling lonely and I am just giddy with delight that this will get you all the women you can possibly handle. Now go try them on, and if they fit, we’ll have you wear one of them down to the bar.”

They fit beautifully, so we chose one, a vivid peach color, though the powder blue was a close runner up. Next Friday night, look out, Ladies, you won’t know what hit you. It’s Hot Man-Meat wrapped in fine fashion. I’d better stock up on personal lube and contraceptives. To be continued in next weekend’s story.

Oh, yes, birthdays. And today’s include the Greatest Manager in Baseball History. Wanna argue? Go ahead. I’ll pull out moments like this and like this. Though pale compared to Earl the Pearl, this is also the birthday of SugarFree’s inspiration; a dentist who didn’t ask if it was safe; a guy whose name should get an asterisk; reputedly the biggest asshole in music (as opposed to Liberace who HAD the biggest asshole in music); someone who used to be funny; another guy who used to be funny; a guy who did much to wreck the Arizona Cardinals; a guy who made basketball fun when it was… fun; and a guy who made a name for himself in football.

It’s still hard for me to wrap my head around how 1950s and 60s arch-conservatism is now liberalism.

Can’t they both lose?

Can’t they both lose?

Well, this is somewhat good news.

Academia has taught me that some grad students are just jerks.

If you took all my sympathy and converted it to gasoline, there wouldn’t be enough to run a piss-ant’s gokart around the inside of a Froot Loop.

Know what would be fun? Yesterday’s Old Guy Music was The Outlaws doing Freeborn Man. So let’s let Junior Brown step up with his version. HOLY SHIT, this is a clinic on how to play electric guitar.